In world of medicine, three-parent baby brought smile that wiped out the trauma of Zika….2016 in Retrospect by Gokul Bhagabati and Rachel V. Thomas 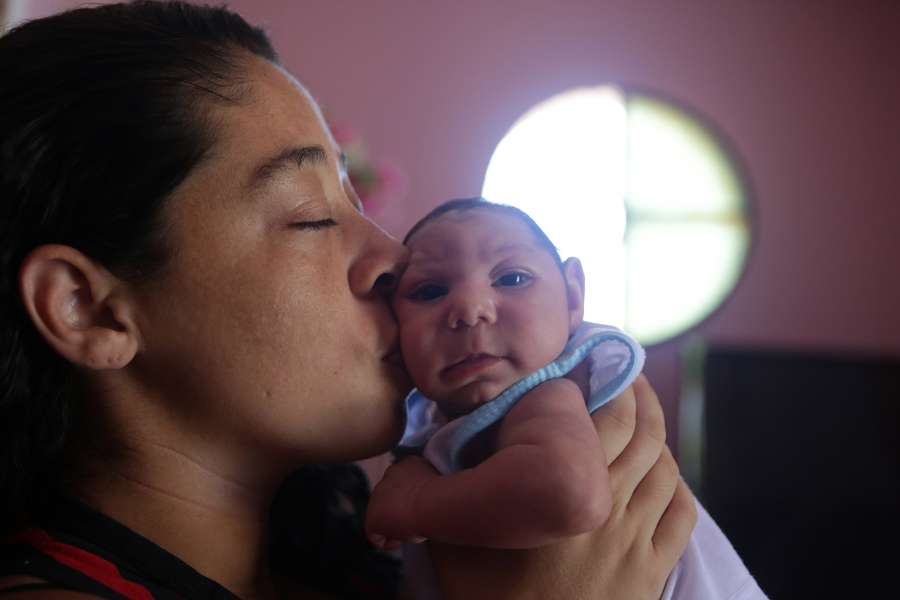 The rapid rise of the Zika infections across many parts of the world had a large section of the population mightily worried till its “global emergency” tag was removed, but there was much cheer at the birth of a baby conceived through a “three person” fertility technique.

The outbreak of the mosquito-borne virus ultimately led to the terrifying discovery that Zika infection during pregnancy causes microcephaly in their babies — that results in unusual smallness of their heads — and other severe fetal brain defects.

In November, the WHO declared that Zika was no longer a global emergency, but it did not change the global risk assessment even in December. Like most mosquito-borne diseases Zika too is a seasonal disease that could repeatedly return.

A vaccine for Zika therefore seemed to catch the imaginations of medical researchers across the world with several papers reporting positive results for experimental vaccines in animal models and raising hope of an effective vaccine for humans in the near future. In August, the National Institute of Allergy and Infectious Diseases (NIAID), part of the US National Institute of Health, even announced the launch of a clinical trial of a vaccine candidate intended to prevent Zika virus infection.

In terms of vaccine development, the US Food and Drug Administration (FDA) approving the first clinical trial to test a lung cancer vaccine developed in Cuba could prove to be a watershed moment in fighting the deadly disease which can result from lifestyle factors such as smoking.

A big boost in the fight against cancer, however, came from Chinese scientists who used for the first time the revolutionary gene editing technique CRISPR-Cas9 to treat a patient with aggressive lung cancer as part of a clinical trial.

While the results of the trial are yet to be disclosed, a US advisory panel also approved the human use of CRISPR, for a study designed to target three types of cancer.

The experiment, proposed by researchers at the University of Pennsylvania, would use CRISPR-Cas9 technology to modify patients’ own T-cells to make them more effective in attacking melanoma, multiple myeloma and sarcoma.

If the technology is found to be safe for human use, it could open up pathbreaking new approach to treating several deadly diseases, not just cancer.

In a major step towards understanding what happens when pregancies go wrong, for example, during miscarriage, as well as towards improving IVF rates, a team of researchers led by the University of Cambridge succeeded this year to keep human embryos alive in a petri dish for an unprecedented 13 days. Until now scientists were unable to keep embryos alive beyond seven days.

The technique shed new light on how embryos develop and researchers believe that it could open up new avenues of research aimed at helping improve the chances of success of IVF.

In yet another good news for parents who cannot conceive naturally, a baby boy was born earlier this year in Mexico through the use of a new “three person” fertility technique, called the “spindle nuclear transfer,” for the first time.

The boy, born to a Jordanian couple, has the usual DNA from his parents, and a small amount of genetic code from a donor. The use of this reproductive technology was intended to prevent the newborn inheriting Leigh syndrome, a genetic disorder. The parents were being treated by a US-based team but the delivery was carried out in Mexico because of absence of laws preventing it.

Later this year, Britain’s fertility regulators approved the use of the three parent technique that uses DNA from three progenitors (two women, one man) to prevent children being born with deadly genetic illnesses.

This is also the year that made us aware that emerging technologies such as artificial intelligence and virtual reality can have greater use in medical science — from predicting risk for Alzheimer’s disease to providing effective stimuli to increase movement speeds in people with Parkinson’s Disease.

The launch and increased use of numerous healthcare apps, wearable devices to track your heart rate or how well you slept the previous night, and so on, along with the rise in use of other digital technologies to offer diagnosis and care helped the year take a giant stride towards achieving what we have yearned for years — reducing dependence on others for management of our own healthcare.

After all, what else is technology for if not giving you more control over your own life?