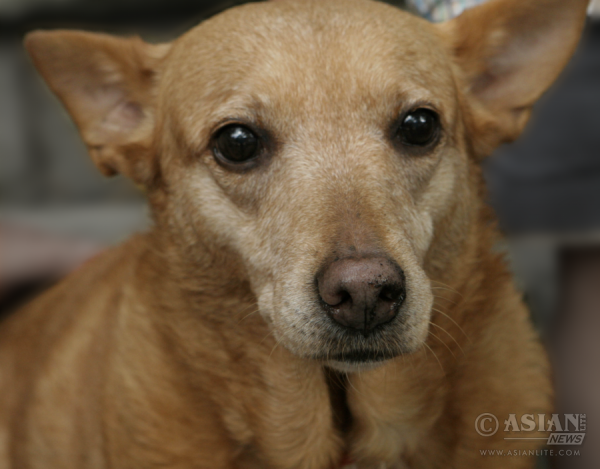 Man’s best friend stood by stranded trekkers in the Himachal snow, but was left behind to fend for himself after the eight were airlifted to safety.

Four days after the culmination of the three-day-long search and rescue operation, the incident continues to haunt the eight — seven students from Punjab’s Sant Longowal Institute of Engineering and Technology and their trekking instructor — who were stranded on the snowy heights of Kullu district in Himachal Pradesh.

“A local dog, possibly a stray, accompanied us for four days. He followed us when we were on the way to Chanderkhani peak from Bijleshwar Mahadev temple,”told, student Saurabh Sharma .

The trekkers tried to shoo away the friendly dog but he refused to go. Soon, he became the ninth member of the trekking team and tagged along as they trudged across the steep terrain.

“We offered food to the dog but each time he refused. We don’t know the reason. When the weather turned hostile and snow started falling, we lost our way. However, the dog didn’t lose patience and was, in fact, leading us,” he said.

Sharma said that after heavy snowfall, they were stranded at an isolated place some eight km from Bijleshwar Mahadev temple — locally known as Bijli Mahadev.

They pitched a tent, but the dog preferred to stay outside even at night and despite the falling snow.

After the students were stranded for more than 78 hours without adequate food and mountaineering apparatus, they were evacuated on March 14 along with their trekking instructor from the snow-bound 12,000-ft Chanderkhani peak, despite hostile weather.

A search-and-rescue operation was launched on March 11 by Swiss mountaineering experts of private company Himalayan Heli Adventures Private Ltd, hired by the district administration. They found them after two days of intensive search operations and finally airlifted them to safety over two days.

The local administration got over 100 trekkers, comprising police, residents and Indo-Tibetan Border Police personnel, involved in the rescue operation.

Anil Kumar, another trekker in the group, said the Bijleshwar Mahadev temple was 15 km from Kullu town. The dog led them through steep hiking trails and thick forests. “Even after a fair amount of snow got accumulated in the area, he continued to lead us.”

After two days of waiting, they noticed a helicopter doing a recce. “We raised an alarm and waved our blankets. The dog also started barking,” he said.

Officials involved in the rescue operation said they tried to rescue the dog but failed.

A rescuer reached the spot by rappelling down a rope from the chopper and physically lifted six students on the first day. The next day, the remaining two were evacuated.

“The dog was wrapped in a blanket and as it was about to be lifted the knot opened suddenly and it jumped out of it. Since the weather was turning hostile, we preferred to leave him behind,” said a rescuer.

He said they had less than an hour to complete the operation as the dense clouds dispersed for only a brief period. They also had to return to the base camp set up near Manali, some 300 km from the state capital, within that window.

The trekkers had to be hauled up because the chopper could not land on a slope.

The ground parties too trudged to the hills at a height of 11,000 feet and went on the slopes with a gradient of 70-80 degrees in an avalanche-prone area.

They fought against the odds of hostile weather, steep gradient, narrow gorges and crevices.

“I am feeling guilty that one of our team members (the dog) was left behind. I don’t know whether he was able to survive in the harsh climatic conditions,” Sharma said.

Locals, who were assisting the district administration in search operation, said the stray dogs in the high mountains are sturdy and familiar with the local trekking routes.

The trekkers were discharged from the government hospital in Kullu after first aid.