Sandeep Pauranik, a political activist in Bhopal, relive Emergency at every anniversary 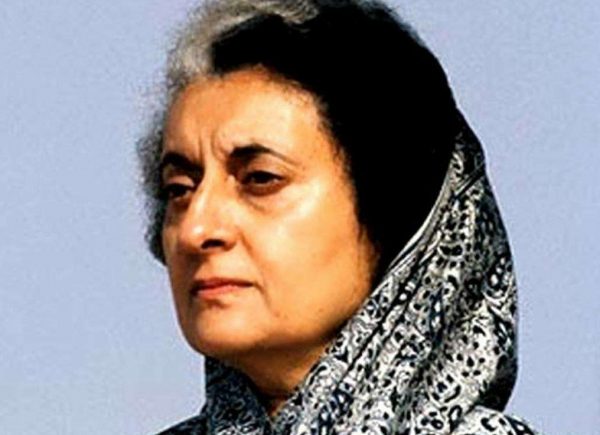 Thirty nine years have passed since the end of Emergency, but my experience of those 21 months as an impressionable child never left me. It’s as if it all happened yesterday.

My memory of the Emergency, the 41st anniversary of whose proclamation falls on Saturday, has to do with the arrest of my father Pushkar Narayan Pauranik, an Ayurvedic therapist, and what we as a family went through during the 18 months of his incarceration.

He was decidedly a ‘social activist type’ despite being an Ayurvedic doctor in a government hospital in Chhatarpur district of Madhya Pradesh.

He would jump to the aid of anyone in trouble. He would clash with anyone. And he would be keen to register his presence in any movement or electoral contest against the government.

By the time he completed a decade in his government job, my father had come to acquire the unfortunate reputation of being ‘anti-Congress’. So attempts to arrest him had started soon after the clamping of Emergency on the night of June 25, 1975.

Quite a few police officers, who were friendly with my father, advised him to tender a ‘muafinama’ (appeal for forgiveness) to avoid the Sword of Damocles hanging over his head.

He refused. His arrest came on July 23, 1975 when he was meeting a confectioner while on his way to his workplace.

We learnt about his arrest when an acquaintance brought home his bicycle.

My mother Madhvi Devi, elder brothers Kuldeep and Pradeep and sisters Omshri and Jayashri were all dazed. We were asking each other: What will happen? When will father return home?

None of us knew the answer.

Our eldest brother Kuldeep was then a student of Class 10. My mother was a school teacher with a very modest salary.

It was a rude shock to be without our father who put food on the table and met our needs. His absence transformed our lives.

There were very few people then who would feel free to socialise with us. They all seemed scared. Our landlord, mercifully, said he would accept rent arrears only after “Doctor Saheb is released and come back home”.

The family’s condition worsened with time, but my mother would not buckle. She was determined to get us going.

I recall my grandmother Kunwar Bai impressing upon my mother once to persuade my father to make peace with the government. “Tell Pushkar to write the ‘muafinama’ when you next visit the jail. Indira (Gandhi) will release him.”

Subsequently, upon my mother’s return from the jail, my grandmother asked: “Did you tell him to write the muafinama?”

My mother responded with remarkable composure: “If he has done anything wrong he will ask for God’s forgiveness. Why would he apologise to a human being?”

The kin of the Emergency detainees were allowed no more than a monthly visit to the jail. Sometimes we and our mother would go and sit under a tree outside the jail in the hope of catching a glimpse of our father inside.

One day when we all badly wanted to meet him, Pradeep decided to make an application to the Collectorate. The clerk at the Collectorate said the meeting was not possible before the month is over.

Pradeep began to cry. The clerk was moved and forwarded the application to the Collector who allowed the meeting.

My father’s absence did not mean that we went hungry, but there was privation. Supply of milk, ghee, fruits and vegetables became meagre and irregular.

A teacher of my younger sister Jayashri, who asked her what seasonal vegetables were available in the market, was stunned into silence when she told him, “We haven’t cooked any vegetable at home for days.”

When he was finally released on January 29, 1977, my father was almost unrecognisable — long, flowing beard, hair falling to his waist — he looked like a sadhu.

For years, until he died, he would tell us the anecdotes of his experience in jail, including those related to former speaker of Madhya Pradesh assembly Sakharam Nevalkar, Rashtriya Swayamsewak Sangh (RSS) office bearer Shrinivas Shukla, and socialist leader and legislator Jagdamba Prasad Nigam.

His anecdotes would revive memories of what we went through outside the jail.

He is no more, but the anniversaries of Emergency continue to make us relive those years of anxiety, fear and privation.