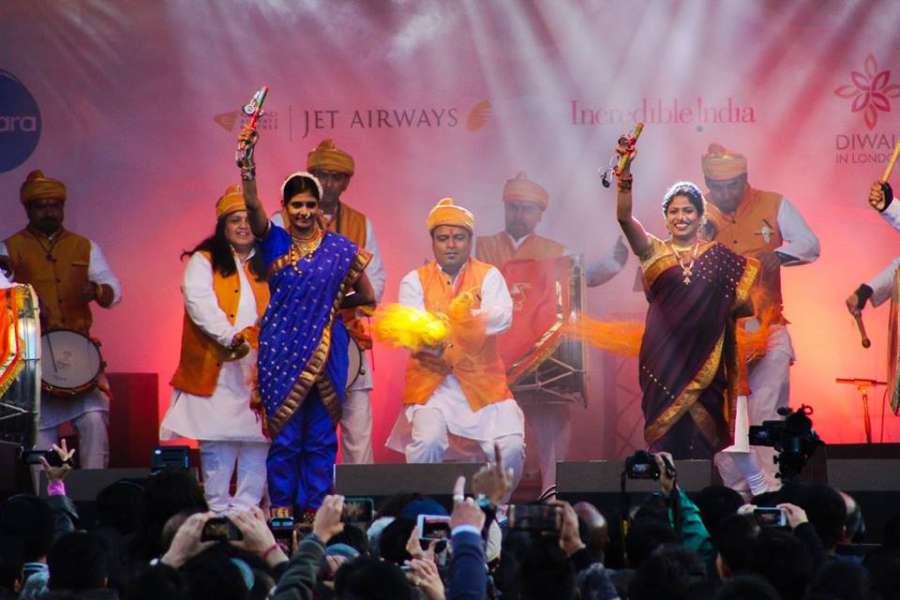 Few may be aware that the bells ringing in some of the most important temples in modern-day Maharashtra have Christian antecedents and once adorned imposing churches constructed during the early part of the 450-year-long Portuguese rule — till they were taken away as war trophies by the conquering Maratha armies.

This is one resounding piece of Portuguese-Maratha era history that came to light after 25 years of research initiated by Father Francis Correa of Vasai, and guided his team of experts to crystallise it in the past couple of years.

“There were 80 churches built during the Portuguese era in the 1730s in (what is now) Maharashtra, with an average of two bells per church, plus other bells in educational institutions and convents, totalling to around 500-600. We have concrete evidence of 38 of those bells now adorning 34 temples in nine districts,” the 77-year-old Correa told IANS.

Their efforts have culminated in a book entitled: “Old Ambassadors of the New Era” and its Marathi version named “Navyugachya Preshita”, penned by Correa.

Correa said a majority of the bells remain in good condition, though some are over 400 years old, and many have saved thousands of lives when they were sounded as warnings during natural calamities, storms or floods.

“The most amazing aspect is that the bells have not been tampered or tinkered with in any manner; they have been accorded the same dignity; and the condition of a majority is excellent. A few developed cracks due to improper use, which can be repaired,” he said.

Church bells of different sizes, weight, but all made of ‘Panch Dhatu’ (five metals — gold, silver, copper, iron and lead), are placed in temples in Nashik, Ahmednagar, Jalna, Osmanabad, Pune, Satara, Kolhapur, Raigad and Ratnagiri, with the maximum 12 in Pune and eight in Satara, he added.

“The bells in these 34 temples came from the centuries-old churches in modern-day Palghar-Thane districts bordering Mumbai. After the Marathas vanquished the Portuguese, these bells were taken as war trophies or victory symbols by the Maratha armies,” Lopes, who specialises in Portuguese-Maratha era history, told IANS.

The great Maratha warrior king, Chhatrapati Shivaji Maharaj, was devoted to the Tulja Bhavani Temple and regularly prayed there, and had once visited the temple in Satara town, the birthplace of five major rivers — Krishna, Koyna, Venna, Gayatri and Savitri.

Correa explained that the Church has two main denominations — Catholics and Protestants — and his team looked for various symbols to identify the origins of the bells.

The Catholics have 2,000-year-old traditions and venerate the Blessed Virgin Mary, Mother of Jesus, but not so the Protestants, who emerged only in the 16th century.

They came across marks/symbols like “Iesus Humilis Societas” or “Iesus Hominum Salvator” (Humble Society of Jesus or Jesus Savior of Men) connected with Lord Jesus, and “Ave Maria” linked to Mary.

Correa, who belongs to the Vasai Diocese, and is an expert historian on the Vasai Portuguese fort, stumbled upon a mention of the missing bells from that fort in an 1876 book by 19th century historian, Gerson D’Cunha, which ignited his research on the topic.

It mentions how during a 26-month period between March 28, 1737, and May 23, 1739, when the Maratha warrior, Gen. Chimaji Appa, the younger brother of the great Bajirao Peshwa, defeated the Portuguese and captured several forts in the Konkan region, including Vasai and Arnala.

At that time, there were more than 80 big and small churches and after their success, the victors carried away these bells which were installed in Hindu temples, whose trustees lovingly care for them till today.

After the great explorer, Vasco da Gama, came to India at Calicut now in Kerala, in May 1498, the foundation was laid for the Estado Portugues da India, and they later ruled over large parts of western and eastern coastal India.

In 1661, what is now Bombay, a group of seven isles, was handed over to Britain as dowry of the Portuguese Princess Catherine of Braganza during her marriage to King Charles II of England.

As the Marathas gained strength in the Konkan, Deccan and other parts, the Portuguese lost most of their Northern Province to the Maratha Empire by 1739, when they were defeated by Gen. Chimaji Appa.

Portuguese rule continued in pockets of India like Goa, Daman and Diu till December 19, 1961; They were defeated by the army of Independent India, ending nearly 450 years of their influence on the subcontinent.

Asian News from UK
Leading Newspaper for Politics, Business & Economy
FEATURE
We use cookies on our website to give you the most relevant experience by remembering your preferences and repeat visits. By clicking “ACCEPT ALL”, you consent to the use of ALL the cookies. However, you may visit "Cookie Settings" to provide a controlled consent.
Cookie SettingsREJECT ALLACCEPT ALL
Manage consent