A trio of unlikely arms suppliers in the US’ Afghan and Iraq wars….Book Review by Vikas Datta about ‘War Dogs’, written by Guy Lawson 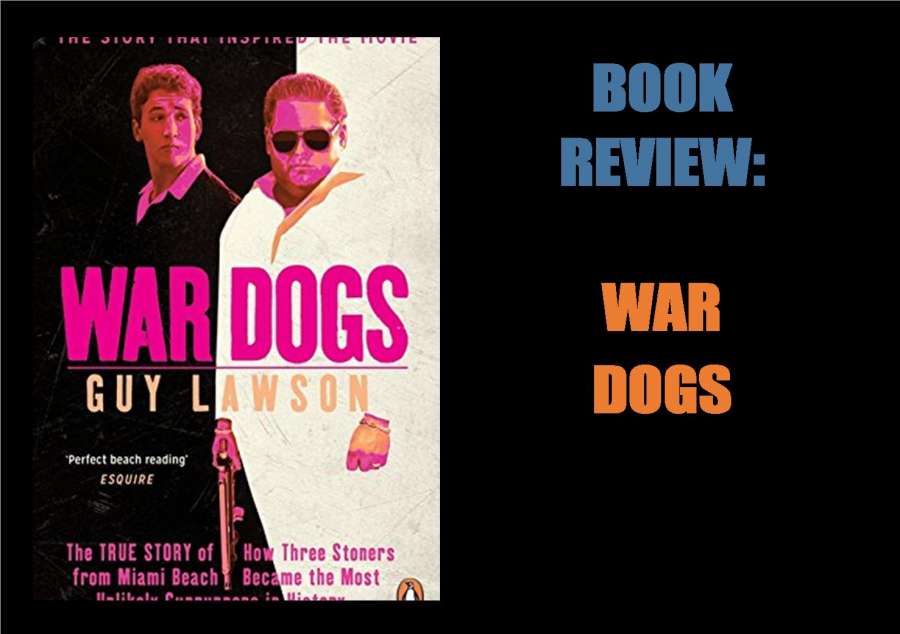 The premise — a trio of Miami youth, barely in their 20s and habitual drug-users, turn top US arms suppliers, even landing a $300 million contract in 2007 to supply the new Afghan army ammunition, until jealous competitors, crusading journalists and vengeful bureaucrats bring them down — could not have been imagined by Frederick Forsyth, John le Carre and Carl Hiaasen combined. But it actually happened.

Or rather, it could only happen in America — and goes a long way in explaining the world’s most powerful and richest country’s marked inability to set up properly-armed local forces in Afghanistan and Iraq to help it combat insurgents despite spending billions of dollars.

The story of Efraim Diveroli, who found his metier as a global arms provider, David Packouz, who had trained as a masseur, and Alex Podrizki, whom the duo later roped in as their foreign trouble-shooter, seems most farcical but most sobering too. And Guy Lawson, whose 2011 “Rolling Stones” article “Arms and the Dudes”, helped the world know some of their side of the story and inspired the Todd Philipps comedy drama “War Dogs” (released this August), now tells the full, astonishing tale here.

His account is not only about their wild lives, their encounters with US military bureaucracy, both at its most oblivious and then avidly vindictive, suave but double-dealing global arms dealers, thuggish and obdurate Balkan suppliers, under-equipped and desperate US soldiers and other comparably singular and eccentric characters.

Nor is the story, as Lawson brings it out, only of US overreach and incapability, its lumbering, labyrinthine bureaucracy where one section has no idea of what the other is doing or intends doing, or the nearly unlimited opportunities available to any enterprising hustler in the land of capitalism, and the sheer naked ambition, greed, corruption these can engender.

It actually has more serious and ominous implications as it shows how the US government “turned itself into the biggest gunrunning organisation on the planet, with no oversight from Congress, law enforcement and the press”, during the course of which the Pentagon “made little attempt to vet its business partners and turned a blind eye to rampant fraud — sometimes with murderous consequences”.

And then it found scapegoats while the tragic farce not only played out in Afghanistan and Iraq with consequences their neighbours and even the world are still grappling with, but also many other countries as diverse as Nepal under King Gyanendra, and Somaliland.

But what is eye-opening and even inexplicable is the US propensity to hinder its own chances and objectives, as well as mend fences with one-time global rival Russia by sourcing arms and ammunition for both Afghanistan and Iraq, where Soviet bloc weaponry was common, from them and then go on to block Chinese-made equipment.

While the irate Russians would try to create hurdles wherever possible, it was the second rule whose circumvention led Diveroli and Packouz into trouble. Sourcing the needed ammunition from Albania, which had an immense hoard donated by China during the high days of the Cold War, they removed Chinese wrapping, repackaged it and sent it on.

But an Albanian businessman, who was removed from the deal and sought to become a whistle-blower, set in motion a chain of events that brought the full might of the American state on their heads. It also meant more fatal consequences for him.

The commercial fate of the trio was also cooked with the US government, unable to do anything to well-connected and protected establishments who have been robbing it blind (well documented by Lawson and many others), turning its wrath on them. Then followed the tragic irony of investigators, least concerned that the goods in question were working and saving the lives of Americans and their allies in the danger zones, keen to nail the trio for other infractions and put them out of business. And they succeeded.

Lawson doesn’t paint a very pretty picture and it seem difficult to sympathise or understand most of the protagonists, especially Diveroli, who becomes more and more reckless and rapacious. But the real story is of how the US approached its two interventions — and the shocking and callous ineptitude it could display.