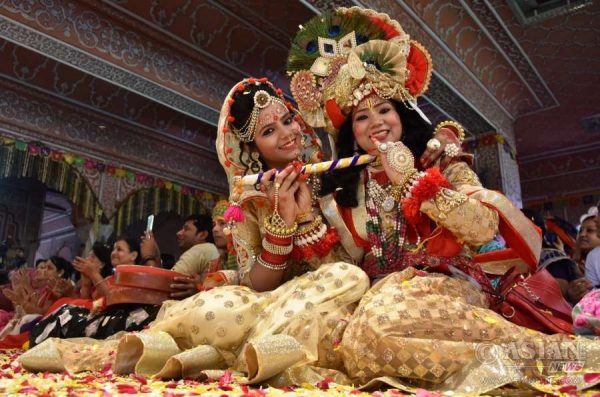 Ever seen Hindu Gods Shiva, Vishnu and Hanuman as well as Goddesses Kali and Saraswati on the labels of matchboxes? And that too matchboxes made in Austria, Sweden and Japan?

When matchboxes made their first appearance in India just before the start of the last century, they had labels in vibrant colours, with pictures to appeal to the average Indian.

Thousands of attractive labels of virtually all the matchboxes imported to or manufactured in India since then are on display at the India International Centre here, revealing a rich history for over a century.
”
“Sweden was the largest producer of matchboxes when they began to be mad”,” explained Gautam Hemmady, 59, an architect by profession who began collecting matchbox labels in January 2012 and now sits on a mammoth pile.

According to him, Sweden had mastered the technology of making matchboxes along with Austria and Japan. And India was an attractive market as demand was huge but production was zero.

One of the first importers of matchboxes from Austria was an Indian company, A.M. Essbhoy of Calcutta, now Kolkata.

But at some point the companies in Sweden, Austria and Japan decided that the better way to woo the Indian buyers would be through religious motifs.

Thus, matchboxes from Sweden had labels of – the spellings then were often different – Hindu Gods Vishnu, Thirumurthi, Laxmi, Gayatri, Durga, Ganesha, Lav-Kush as well as Krishna on a tree possessing the clothes of bathing gopis.

Adorning the labels of Japanese matchboxes were Brahma, Vishnu again, Shiva (with Japanese features!) and Kali.

Not to be left behind, Austrian matchboxes came up with labels o” “Hunoom”n” (Hanuman) and Gaja Lakshmi.

When the matchboxes began to be manufactured in India, the religious labels simply multiplied. Now there was Krishna and Radha, a Hindu holy man, Nataraja, Shiv Ling, Nandi, more of Durga, Shiva and Ganesha” “Ramavanv”s”, Baby Krishna and more.

As the independence movement gathered pace, manufactures in India came up wit” “nationali”t” labels: Ashoka Pillar, Chakra, a map of undivided India and with slogans such a” “Dawn of Independen”e”” “Free Ind”a” an” “Jai Hi”d”.

There were also labels of Mahatma Gandhi, Netaji Subhas Chandra Bose, Shivaji, Bhagat Singh, Gopal Krishna Gokhale an” “Nehru”i”. Incidentally, some of these were made in Japan.

Then there was ” “Glimpses of Ind”a” series (from Austria) – picturing leading monuments — an” “sacred plac”s” of across the country. Red Fort and Agra Fort were prominent labels too.

Post independence, the Indian government began using matchboxes to spread the message of family planning and the importance of savings. Private companies too found the matchboxes a cheap way to advertise their products.

Hemmady had wanted to collect matchbox labels from the age of eight. But the process began only in 2012 when he decided to buy some existing collections – and then build on them.

Today, he has some 25,000 labels, wrappers and cardboards from the matchbox industry. And this is his first exhibition. It ends on Friday.

So why are tod’y’s matchboxes in India so drab?

Hemmady feels that Indian manufacturers – the industry is now almost wholly based in Tamil Nadu – d’n’t particularly care since colourful designs cost money while most matchboxes sell for just one rupee.
”
“But the matchboxes exported (from India) are different and very appeali”g,” he says.