Clarity on Brexit, monsoon to steer markets in Indian….Rohit Vaid 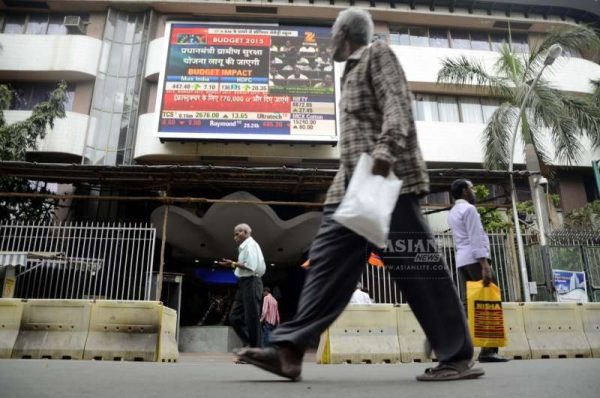 Clarity on Britain’s plans to exit the European Union (Brexit), along with the progress of monsoon rains and derivatives expiry are expected to steer the Indian equity markets in the upcoming week.

Other major risks like a weak rupee, low foreign fund inflows and global uncertainty brought about by Brexit are expected to linger on during the week starting June 27.

Besides, investors are expected to keep an eye out on the Indian companies and sectors that have a high exposure to Europe and the UK such as the automobile, pharma and IT industries.

“It’s important to understand how the global central banks and policy makers react- infusion of liquidity, rate cuts and the like. That support could for the time being stabilise the markets,” said Devendra Nevgi, Chief Executive of ZyFin Advisors.

“We also need to watch the FPIs (foreign portfolio investors) flows in response to Brexit.”

As per provisional figures from the stock exchanges, the foreign institutional investors (FIIs) divested stocks worth Rs 641.17 crore during the week ended June 24.

In 2016, the equity segment had noted a net portfolio inflow of $2.8 billion, while debt outflows stood at $1.1 billion.

“Going forward, stock markets will track global peers. Besides, market cues are likely to depend on progress of monsoon, movement of rupee, foreign fund inflow and fluctuating global oil prices.”

Apart from Brexit, global industrial output and inflation figures are also expected to be focused upon.

“With Nikkei also plummeting almost as hard as the European indices, Japan’s IIP (index of industrial production) and CPI figures scheduled next week will also be in the radar.”

Domestically, the Indian investors would look out for any news on the progress of the monsoon, as well as the details of the Rs 6,000 crore textile policy announced last week.

“F&O (futures and options) expiry falls on June 30, when eight core activity figures will also be released, while the manufacturing PMI would also be out on July 1,” James said.

On the rupee’s front, James explained that the RBI (Reserve Bank of India) assurance to contain volatility has kept further weakness on check.

According to Dhruv Desai, Director and Chief Operating Officer of Tradebulls, investors will closely follow the progress of the monsoon.

“Investors will closely follow the important cues in the next two-three weeks would be the global market reaction on Brexit, monsoon progress and the foreign debt data going to public next week,” Desai told IANS.

Last week, the IMD (India Meteorological Department) had said that rains were seven percentage below average in the week ended June 22. However, monsoon’s entry into north and central India gave hope of a normal rainy season ahead.

Further, stock specific action can be expected in sectors like of consumer durables, consumer non-durables and automobile industries which are most impacted by a good monsoon.

The equity markets were dented last week, as Britain voted to exit the EU, which cascaded into a sharp drop in the rupee’s value and dried up foreign fund inflows.