As the debate over an alcohol bans grows across India, 15 people die every day – or one every 96 minutes – from the effects of drinking alcohol, reveals an IndiaSpend analysis of 2013 National Crime Records Bureau (NCRB) data, the latest available. Alcohol kills an Indian every 96 minutes ….writes Devanik Saha 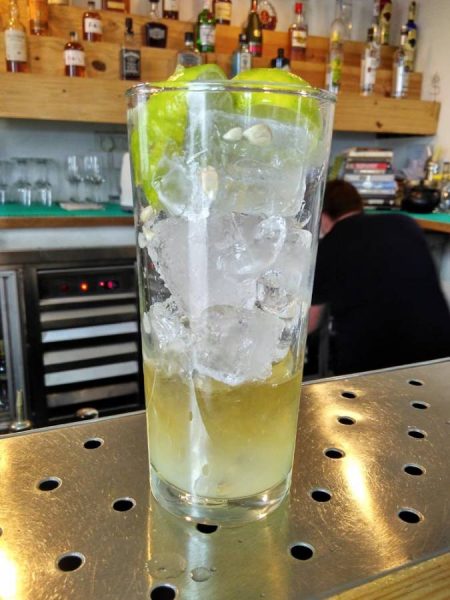 As the debate over an alcohol bans grows across India, 15 people die every day – or one every 96 minutes – from the effects of drinking alcohol, reveals an IndiaSpend analysis of 2013 National Crime Records Bureau (NCRB) data, the latest available.

The per capita consumption of alcohol in India increased 38 percent, from 1.6 litres in 2003-05 to 2.2 litres in 2010-12, according to a World Health Organisation (WHO) report, which also revealed that more than 11 percent of Indians were binge drinkers, against the global average of 16 percent.

The data explain the wide political support for crackdowns on alcohol, although experts point out that alcohol is a health problem – not a moral one.

In Tamil Nadu, J. Jayalalithaa shut down 500 liquor stores on May 23, the first day of her fourth term as chief minister. In April, Bihar imposed prohibition – a ban on the sale, production and consumption of alcohol. In August 2014, Kerala restricted the sale of liquor to five-star hotels.

Pre-poll surveys in Kerala and Tamil Nadu found wide support for prohibition, 47 percent of men and women in Kerala and 52 percent in Tamil Nadu, the Indian Express reported. The leading reason for the ban, respondents said, was alcohol-fuelled domestic violence.

Before the latest crackdowns on alcohol, Gujarat and Nagaland were the only Indian states with prohibition.

Maharashtra reported the most alcohol-related deaths, followed by Madhya Pradesh and Tamil Nadu, according to the NCRB data, with experts saying high rates of alcoholism correlate with high crime rates.

“Major crimes and accidents are fuelled by alcohol, which also leads to sexual harassment of women and robberies,” S. Raju, of Tamil Nadu’s Makkal Adhikaram (People’s Power) told the BBC. “Alcohol abuse is also the reason why Tamil Nadu has the largest number of widows under 30 years of age.”

A quarter of all hospital admissions and 69 percent of all crimes in Kerala are due in part to intoxication, according to the Alcohol and Drug Information Centre, an NGO, quoted in The Economist.

Five people died every day in 2014 after drinking spurious liquor

In 2015, consumption of illegally brewed liquor claimed more than 100 lives in Malwani, Mumbai, triggering widespread outrage. As many as 1,699 people died in 2014 after consuming spurious/illicit liquor, an increase of 339 percent from 387 in 2013.

However, prohibition may not reduce addiction and deaths, Vikram Patel, a leading public health expert with the London School of Hygiene and Tropical Medicine, argued in an Indian Express column.

“Prohibition of substances which give pleasure to people does not work,” he wrote. “Addiction is a health problem, not a moral one, and there are many proven strategies which can reduce its burden. The desire to address the serious social problems caused by a minority of those who consume alcohol by prohibition is a travesty of the experience of history and public health science. Prohibition is rejected by most public health scientists who know this field; even the World Health Organisation does not recommend it.”

The data for deaths due to alcohol influence nationally as well as state-wise has been stopped since 2014 and is included in sudden deaths overall; therefore, we have taken the 2013 figures and analysed accordingly.

There is a possibility of more deaths due to alcohol influence under the heart attacks/epilepsy category; however, it is difficult to ascertain the exact number of deaths, and hence, we have just used the figures under “influence of alcohol”.