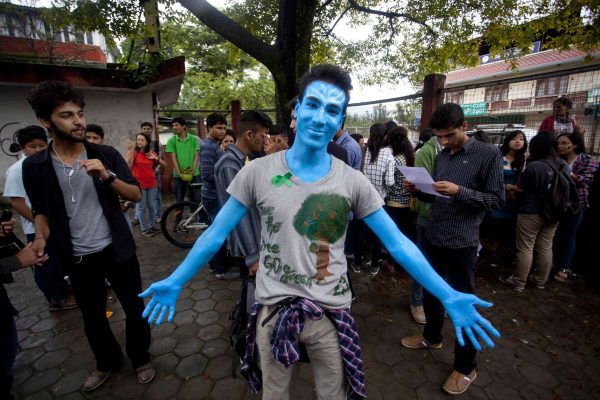 Mental illnesses and mood disorders are more common in urban areas partly due to reduced access to nature, say researchers.

“There’s an enormous amount of disease largely tied to our removal from the natural environment,” said Peter Kahn, Professor at University of Washington.

In a perspective piece published in the journal Science, the authors discussed the growing tension between an arguably necessary role urban areas play in society and the numbing, even debilitating, aspects of cities that disconnect humans from the natural world.

“Kids in large cities are growing up having never seen the stars. Can you imagine that — having never in your life walked under the vastness of the star-lit sky, and there’s that feeling of awe, restoration and imaginative spark?” Kahn said.

“As we build bigger cities, we’re not aware how much and how fast we’re undermining our connection to nature, and more wild nature — the wellspring of our existence,” he pointed out.

In the article, Kahn, and co-author Terry Hartig at Uppsala University in Sweden, pointed to research that shows the emotional and mental strain cities can have on people.

“There’s nothing natural about a megacity,” he noted.

There are steps cities can take to introduce nature into the urban core, including requiring buildings to have windows that open to allow in fresh air and natural light; incorporating more rooftop gardens and urban agriculture; and creating spaces within and around buildings to touch, see and smell native plants.

But these remedies first require an appreciation for nature in urban centres, as well as the space, resources and collective will to make these changes.

Kahn argues that it is more than just introducing nature into urban areas.

People must be able to interact with these elements using more of their senses in order to experience physical and psychological benefits of nature, as well as to shift the collective baseline toward better understanding and appreciation of the natural world.

For example, looking at an office plant on the windowsill might be soothing, but having a place to sit in the grass on a lunch break and perhaps even sink one’s feet into the soil are sensory experiences that can deepen a person’s engagement with nature.

Thoughtfully designed cities with nature can offer both the stimulation and energy of an urban area and meaningful interaction with a psychologically restorative natural environment.

“Thus, cities designed well, with nature in mind and at hand, can be understood as natural, supportive of both ecosystem integrity and public health,” the authors noted.