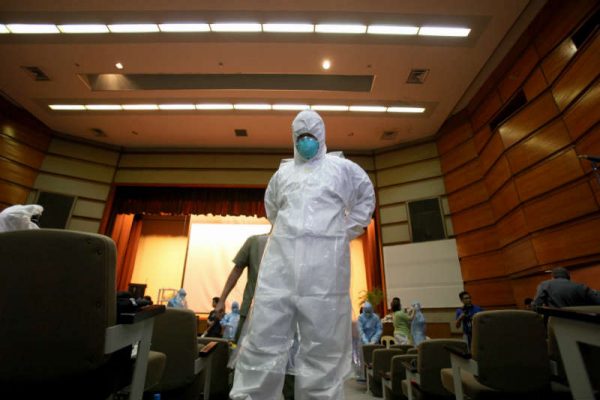 Dengue imposes a whopping $8.9 billion economic burden every year on 141 countries and territories where active transmission of the disease has been identified, a new study says.

“Our global estimates suggest that in 2013 there were a total of 58·40 million symptomatic dengue virus infections, including 13,586 fatal cases and that the total annual global cost of dengue illness was $8·9 billion,” said the study published in the Lancet Infectious Diseases journal.

Dengue is the world’s fastest growing mosquito-borne disease, currently threatening about half the world’s population and leading to an estimated 60-100 million symptomatic dengue cases every year.

The disease tend to hit hardest in the urban growth centres of endemic countries, like India, Indonesia, and Brazil.

At an estimated cost of $8.9 billion annually, the price tag for dengue exceeds that of several other major infectious diseases such as cholera, rotavirus gastroenteritis, canine rabies and Chagas, noted lead study author Donald Shepard from Brandeis University, Waltham, Massachusetts, US.

Since it is transmitted by four distinct types of viruses, dengue can hit the same individual up to four times.

In this way, dengue can literally break the back of local healthcare systems and lead to intensive associated costs, related both to medical care and lost productivity.

The researchers took a comprehensive view to assemble all existing evidence to generate a systematic estimate of global economic burden.

“The dearth of population-based data for many elements was the biggest challenge of us. For important parts of the tropics-especially South Asia and Africa-almost no such studies exist, in fact,” Shepard noted.

The researchers used the latest dengue incidence estimates from the Institute for Health Metrics and Evaluation’s Global Burden of Disease Study 2013 and several other data sources to assess the economic burden of symptomatic dengue cases in the 141 countries and territories with active dengue transmission.

The Institute for Health Metrics and Evaluation is an independent global health research center at the University of Washington that provides rigorous and comparable measurement of the world’s most important health problems.

“From the scientific literature and regressions, we estimated cases and costs by setting, including the non-medical setting, for all countries and territories,” the researchers explained.