The condition of bleeding inside the lining of the brain is known as subarachnoid hemorrhage, a study has warned. 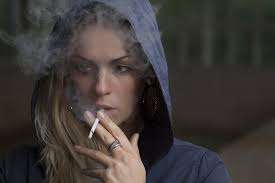 “Female sex has been described as an independent risk factor for subarachnoid hemorrhage, but we found strong evidence that the elevated risk in women is explained by vulnerability to smoking,” said lead author Joni Valdemar Lindbohm, Physician at the University of Helsinki in Finland.

Women who smoked 21 to 30 cigarettes per day were more than 8.35 times likely to have subarachnoid hemorrhage compared to non-smokers, while men who smoked comparable amounts of cigarettes were 2.76 times more likely.

“Our results suggest that age, sex and lifestyle risk factors play a critical role in predicting which patients are at risk for subarachnoid hemorrhage and emphasise the importance of effective smoking cessation strategies,” Lindbohm explained.

However, quitting smoking has been found to significantly decrease the risk among former smokers.  “There is no safe level of smoking,” Lindbohm said, adding “naturally the best option is never to start. Quitting smoking, however, can reduce the risk for subarachnoid hemorrhage in both sexes.”

For the study, published in the journal Stroke, the team included 65,521 adults from Finish national surveys.  Slightly more than half of participants were women, and their average age was 45 years. The average follow-up was 21 years from study enrolment until first stroke, death or study completion on December 31, 2011.