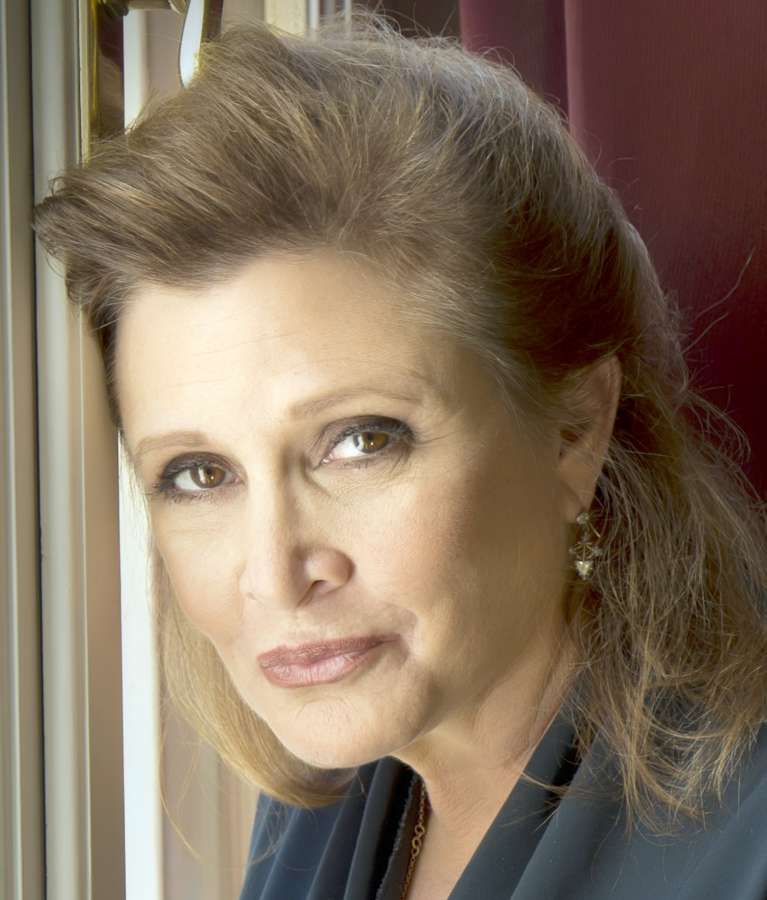 Carrie Fisher’s death has shocked Hollywood celebrities who remember the actress as the “brightest light” and a “wonderful talent”…..reports Asian Lite News

Fisher, 60, died four days after she suffered a cardiac arrest on a flight.

Her daughter Billie Lourd said the actress passed away on Tuesday morning after taken ill travelling from London to Los Angeles.

After the news of her death broke, the celebrities took to social media to express their grief. Here is what they shared.

Steven Spielberg: I have always stood in awe of Carrie. Her observations always made me laugh and gasp at the same time. She didn’t need The Force. She was a force of nature, of loyalty and of friendship. I will miss her very much.

Peter Mayhew: There are no words for this loss. Carrie was the brightest light in every room she entered. I will miss her dearly.

William Shatner: I’m deeply saddened to learn of the death of Carrie Fisher. I will miss our banterings. A wonderful talent and light has been extinguished.

Seth MacFarlane: Carrie Fisher was smart, funny, talented, surprising, and always a hell of a fun time to be around. Family Guy will miss her immensely.

Stephen Fry: She was the brightest, funniest, bravest, kindest, cleverest and sweetest person I ever knew. A crushing blow to lose Carrie Fisher.

Jordan Fisher: She was a walking masterclass. Remained so upbeat throughout her life and career. Unapologetically Carrie Fisher. Always.

Mia Farrow: Carrie was brilliant, funny and talented. Sending huge love be to her mom, her daughter, Billie and her many friends.

Ellen DeGeneres: Carrie Fisher was a brilliant writer, actor, and friend. She was so much fun. I can’t believe she’s gone.

Elizabeth Banks: Carrie Fisher was so witty and provocative and unrelentingly interesting. Goddamn, I loved her. Everyone did.

Zach Braff: Carrie Fisher. RIP. What a talent. What a year.

Rita Wilson: God bless Carrie Fisher. This woman and her friendship will be deeply missed.

Jon Favreau: Such a sad day for her family, friends and millions of fans. Carrie Fisher is deeply missed.

The Academy: Thank you Carrie Fisher for all that you’ve given us. You’ll be missed.

Billy Eichner: If I heard Carrie Fisher was going to make an appearance I wanted to see it. U know ur special when Meryl Streep plays You in a movie. RIP.

Grant Gustin: It’s been overstated, but it’s been a difficult, heavy year. Learning Carrie Fisher has passed away breaks my heart as it does so many others.

Paul Scheer: Watch. It was this energy and wit that made her amazing from Blues Brothers to Catastrophe.

Margaret Cho: We just lost a great ally for mental health and addiction. Be strong, be as strong as she’d want you to be. Rest in paradise Carrie Fisher

Justin Trudeau: We’ll never forget you, Carrie. May the Force be with you always.

Chris Evans: So so so sad. Thank you, Carrie Fisher. What a loss.

Bette Midler: Carrie Fisher didn’t make it. I am so terribly sorry, and send my sincere condolences to her family, friends and fans all around the world.

Samuel L. Jackson: The light in The Galaxy is dimmed by the loss of our Princess Leia. May The Force Be With Her!! RIP