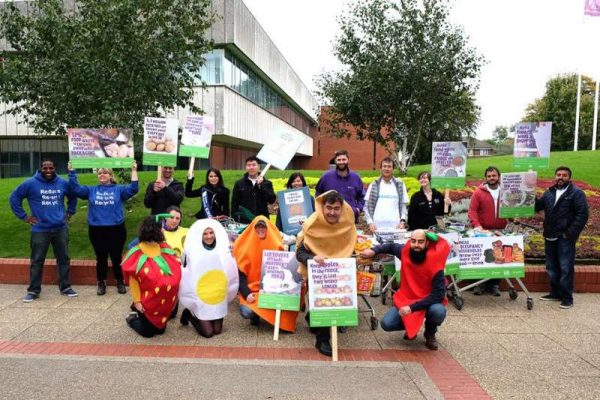 Scientists have found that introducing peanuts early in the diet of baby may significantly reduce its alergy risk until age six, even if the child stops eating these nuts around the age five.

The study, published in the New England Journal of Medicine, showed that the early introduction of peanut protects against the development of peanut allergy and such protection is sustained even when peanut is no longer consumed for 12 months.

“Majority of infants at high-risk of developing peanut allergy are protected from peanut allergy at age 5 years if they eat peanut frequently, starting within the first 11 months of life,” said the study lead author Gideon Lack from King College London.

Researchers asked whether those infants who had consumed peanut in the study would remain protected against peanut allergy if they then stopped eating peanut for 12 months.

The study enrolled 556 participants (out of a total of 628), of whom 550 had a complete primary outcome.

Of the 550 participants, 280 had been randomised to peanut avoidance and 270 to peanut consumption; adherence to these interventions was high at 92 percent.

All participants were instructed to avoid peanuts for 12 months.

The study found that at 6 years of age, there was no statistically significant increase in allergy after 12 months of avoidance.

Infants at high-risk for allergy in whom peanut was introduced in the first year of life and continued until age 5, a 12-month period of peanut avoidance was not associated with a significant increase in peanut allergy,” the authors found.

Overall, the study saw a 74 percent relative reduction in the prevalence of peanut allergy in those who consumed peanut compared to those who avoided.

“It clearly demonstrates that the majority of infants did in fact remain protected and that the protection was long-lasting,” Lack concluded.