Now household pets are delivering blows to my self-esteem….writes Nury Vittachi in his weekly column The Funny Side 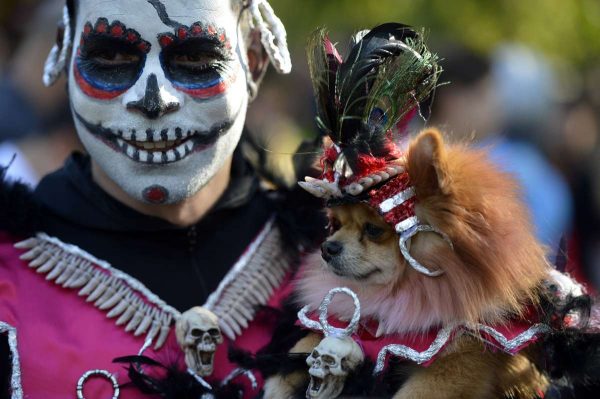 A dog has learned to read. Fernie, a two-year-old labrador from the UK, can read four words and is working on another 20, says his owner, a teacher.

I was impressed, as I well remember the difficulty I once had trying to teach a two-year-old human not to throw herself off a balcony.

All parents know that children get furiously angry if we stop them doing things like climbing into lion enclosures, drinking poison, eating mystery brown objects off the forest floor and the like. The basic toddler philosophy is: “I wonder what (insert lethal activity here) feels like? Let’s find out.”

(I suspect there’s also a subconscious undercurrent of “Time for a quick round of Make Dad Panic.”)

Parenting books say “they grow out of it”. They don’t say that they grow right back into it as teenagers, who have the exact same philosophy, but with more expensive dangers. (“I wonder what would happen if we mixed every chemical in the school lab?”)

What if your child can’t talk yet? You can still teach it, thanks to scientists in Taiwan who have just invented an Infant Cries Translator app. You download the app and stick your phone near your baby’s mouth. Wah wah waahhhhh is translated on the screen into clear, adult-readable terms such as: “I wish to have an additional beverage, carer.”

This reminded me of my first daughter, who had advanced verbal skills and actually spoke like that from about 18 months old: “Convey me to the potty immediately, carer, or you and your so-called Persian rug will live to regret it.”

Happy memories. But I was brought back on topic by a colleague from the US who says TV shows in her home country feature a dog called Willow who can read. Clearly this is the trend.

I’m sorry, but I’m not convinced that teaching animals to read is a good thing. Life is grim enough without coming home to be greeted by my dog saying things like: “What do you think of Schopenhauer’s second volume of essays? Good grief, you haven’t read it, have you?”

The fact is reading gives humans an evolutionary advantage that we should not share with less-evolved creatures such as dogs, cats, amoeba, Donald Trump fans and the like.

But I must admit I was curious. So I handed my newspaper to my dog. She stared at the front page picture (a politician of course) and then tilted her head to one side, apparently having the same gyroscopic thing in her brain that smartphones have. Then she took a step forwards and peed on it. That was probably a rather insightful thing to do. I wish I’d thought of it.

If dogs do learn to read, let’s limit them to books about their kind: White Fang, 101 Dalmatians, and Marley and Me are probably the three most famous. Do NOT give them Cujo.