Born to a Bengali father and Dutch mother, American fashion designer Rachel Roy, whose client list includes the likes of Michelle Obama and Penelope Cruz, is proud of her Indian heritage, and says India has influenced her work in many ways, especially the colours and prints in her designs.

“My father is Indian and I’ve been very fortunate to travel to India several times. This is my second trip in the last few years and I am bringing my daughter Ava again. She joined me on my last trip where we visited New Delhi, Agra, and Goa,” said Roy during her recent visit to India to judge the 2016/17 International Woolmark Prize India, Pakistan and Middle East regional final held in Mumbai. 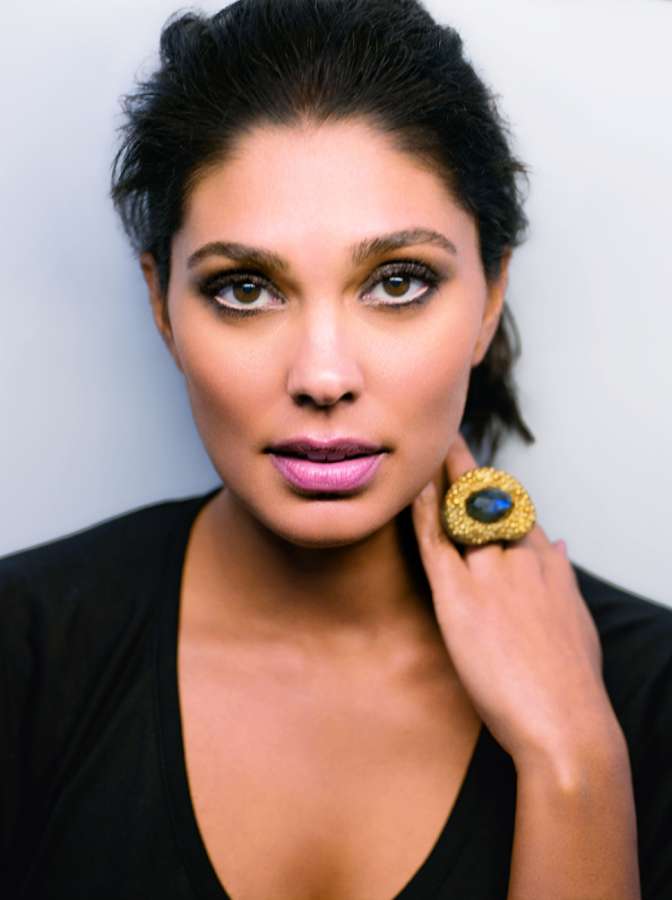 “It’s always an emotional experience for me as I’m quite proud of my Indian heritage and also quite passionate about philanthropic causes I’m involved in, including Children’s Hope India and World of Children,” added the designer in an email interview.

The Rachel Roy brand debuted in 2004 and for over a decade. She has built her ready-to-wear and accessories business into a globally recognised brand with categories including jewellery and home products.

Talking about India has influenced her designs, Roy said: “It has influenced so many parts of my life from design to beauty to accessories. I have a love of colour and print… And that was definitely influenced by my Indian side of the family. I remember my aunts putting on kohl on their eyes and loving the ritual and process — it felt really special for me to watch them,” she said.

“Fashion for me is very reflective of culture, a large part of that starts on the streets. When I travel, I make it a point to spend a great deal of time people-watching – seeing what people are wearing as they are in the throws of their life. It’s inspiration to me as I sit and pull together inspiration for collections,” she added.

It’s not just the country that fascinates her, but also the creations of some Indian designers. “I always love what Bibhu (Mohapatra) and Waris (Ahluwalia) do and have been watching people like Manish Malhotra, Payal Singhal and Priyanka Lama. India holds a special place in my heart, so I look for growth and success of designers and businesses with roots to the country,” said Roy, who added that she would love to expand into India when the time is right.

“Everyone is so welcoming when I spend time here that it would be amazing to be able to establish a longer term relationship,” added the designer, who also has Kate Hudson, Kim Kardashian and Sharon Stone as clients.

In addition to running her successful brand, Roy is a sought after speaker on topics ranging from entrepreneurship to philanthropy and has shared her story and experiences at forums ranging from the White House to the Fortune Next Generation conference along with other various women’s empowerment summits.

Also a member of the Council of Fashion Designers of America, Roy was one of the few judges at the regional round of 2016/17 International Woolmark Prize. She says supporting young talent is important for her.

“Design, like so many other disciplines, is about communicating your point of view and using your voice. Your voice strengthens and changes as you progress in your career and life, and I think it’s critical to help young designers find their voice,” she said.

Roy also says that funding has always been a struggle for those starting out as capital is needed to take a business to a new level.

“Fashion is a business, it is important to understand that from the very beginning. Designers are really taking control of the business side of things from Alexander Wang and Christopher Bailey being both the CEOs of their businesses and running the design side as well,” she said.