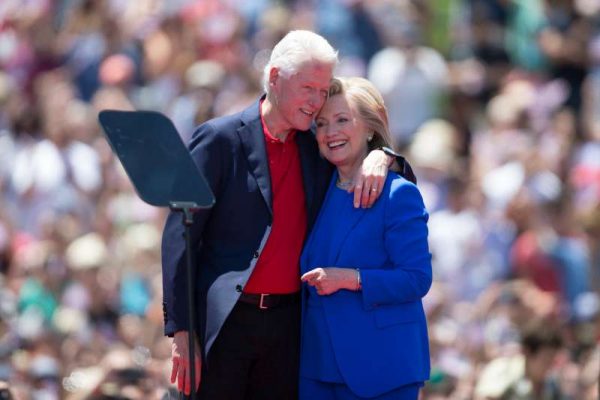 Democratic Party’s presumptive presidential nominee Hillary Clinton said she would consider “the most qualified people” for the vice president’s position — which would include women.

Now that she has clinched the party’s presidential nod, Clinton on Wednesday told CNN that she was turning her attention to selecting a running-mate ahead of the party’s convention in Philadelphia on July 25.

“I’m looking at the most qualified people, and that includes women, of course, because I want to be sure that whoever I pick could be president immediately if something were to happen — that’s the most important qualification,” Clinton said.

However, Clinton said she was not sure when she’ll name a vice presidential choice.

In the interview, Clinton also said she plans to reach out to vanquished party rival Bernie Sanders’ supporters. Their unified opposition to Republican Party’s presumptive nominee Donald Trump will help bridge the party’s divides, she said.

“Now we may have approached it somewhat differently, but our goals are the same. And contrast that with Donald Trump, who set up a fake university, Trump University, that committed fraud on people,” Clinton said.

“As we reach out and we talk about what’s at stake in this election,” she said, adding “I really believe a lot of Senator Sanders’ supporters will join us in making sure that Donald Trump doesn’t get anywhere near the White House.”

On Monday, Clinton clinched the Democratic Party’s presidential nomination, becoming the first woman in America’s 240-year history to be the presumptive nominee of a major US political party.

On Tuesday, the former first lady led the party primary in California with 56 per cent of the votes, according to results released after over 92 precincts partially reported on Wednesday morning.