Can the Trump card triumph in November? …..reports Arun Kumar 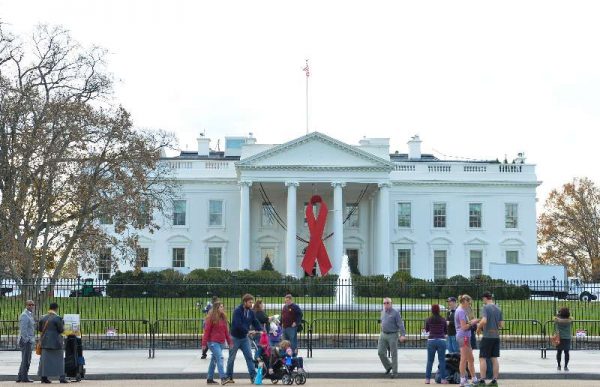 Pundits, pollsters and the President all prophesied that Donald Trump would never be the Republican nominee. A Washington Post columnist even promised to eat his entire column if the Manhattan mogul triumphed.

And he did literally eat his words making a meal of his column after Trump became the party’s presumptive nominee after a “yuge” win in Indiana. But others were not so sporting as they tied themselves into knots to explain the Trump phenomenon.

When the real estate mogul announced his White House run in June last year – dramatically coming down the escalator of his Trump Tower in New York with a promise to ‘Make America Great Again’ – few took him seriously.

Pundits said he was just a clown having some fun. With less than 1 per cent support, he made just an asterisk on pollsters’ charts. Columnists saw a dynastic clash between Hillary Clinton and Jeb Bush, a former first lady and the son of a president and brother of another, more likely.

And each time he made a controversial, ‘politically incorrect” comment about Barack Obama’s 2008 Republican presidential rival John McCain not being a war hero or calling illegal immigrants from Mexico as rapists or criminals and proposing a temporary ban on Muslims’ entry into the US, they said his candidacy would unravel.

They called him anti-immigrant, misogynist, racist and worse. Yet his numbers kept shooting up with Trump himself bragging that “I could stand in the middle of Fifth Avenue and shoot somebody, and I wouldn’t lose any voters, OK?”

“It’s, like, incredible,” he said. The incredulous pundits then changed tack and said he had a low ceiling of 30-35 percent diehard supporters and that he was tapping into voters’ anger and making hay in a crowded field of 17 Republican contenders, including Indian-American Bobby Jindal, Louisiana’s then governor.

And as the media hung on to his every word with an eye on their ratings, giving the brash billionaire $2 billion worth of free air time, the ceiling kept climbing and he finally breached the 50 percent mark with a clean sweep in five states in a row, including New York.

Even as governors, senators and other high profile candidates kept falling “boom, boom” in Trump’s words, the establishment tenuously hung on to hopes of dislodging him at a contested Republican convention in July, suggesting that he would never reach the magic figure of 1,237 to win the party nomination outright.

So ‘Lyin’ Ted’ Cruz, establishment’s bugaboo turned darling, and “1 in 41” John Kasich, whom the polls inexplicably showed as the only Republican beating Hillary Clinton in November, kept at it until they finally saw the writing on the wall in Indiana.

Republican National Committee Chairman Reince Priebus was quick to declare Trump the party’s presumptive nominee, but House Speaker Paul Ryan, once seen as a White Knight who would come to the rescue of the party, “was not there yet”.

Many other high profile Republicans like former presidents George H. W. Bush and son George Bush, as also 2012 Republican presidential nominee Mitt Romney, too, were unwilling to support him. Some like mega-donor Charles Koch even suggested that Clinton could be better than Trump.

So Clinton quickly began reaching out to Republicans alienated by Trump with her campaign hoping to assemble a “Republicans for Hillary” group.

Obama too weighed in, urging journalists to scrutinise Donald Trump’s record as “this is not entertainment. This is not a reality show. This is a contest for the presidency of the United States”.

But the master negotiator that Trump is remained unfazed slamming the Speaker’s assertion that he “inherited” the Republican Party mantle.

“Paul Ryan said that I inherited something very special, the Republican Party,” Trump tweeted. “Wrong, I didn’t inherit it, I won it with millions of voters!”

Poll watchers and pundits who have witnessed the rise and rise of the billionaire suggested that the presidential election was a whole new ball game and Trump magic may not work against the well-oiled billion dollar Clinton machine in November.

But few are willing to place a bet this time, lest they may have to eat their words again!