Obama will become the first sitting US president to step foot on the island in over 80 years….reports Asian Lite News 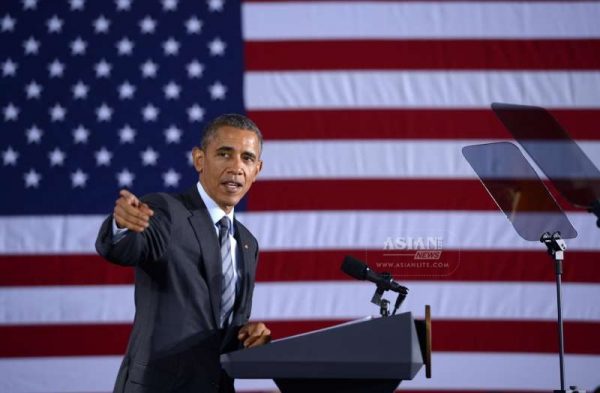 US President Barack Obama is set to visit Cuba in March, a move which would make him the first sitting US president to step foot on the island in over 80 years, the media reported. The White House is expected to announce the details of the trip later on Thursday, diplomatic sources told CNN on Wednesday.

“We can confirm that the administration will announce the President’s travel to Latin America, including Cuba, in the coming weeks,” a senior administration official said.

Officials said Obama could visit the island to witness a signing of a peace accord between the government of Colombia and the FARC rebel group. Obama committed $400 million to the Colombian government in his most recent budget proposal to implement the deal.

The visit to Cuba would be the culmination of the process of normalisation of relations announced by the Cuban and US governments in 2014, and the first time that a sitting US president will step on Cuban soil since Calvin Coolidge in January 1928.

As part of the restoration of relationships, Cuba and the US signed a historic agreement on civil aviation on Tuesday which will allow regular commercial flights between the two countries for the first time in over five decades.

The American embassy was reopened and a US flag raised at the compound on Havana harbour in August 2015.

Since then, high level US officialstravelled to the island, including Secretary of State John Kerry and Transportation Chief Anthony Foxx.