The name of the new game in Washington is ‘whodunit!’ An army of sleuths and scribes is at it since “The Donald” emerged as the would be Republican nominee for the race to the White House …..writes Arun Kumar in Washington Diary 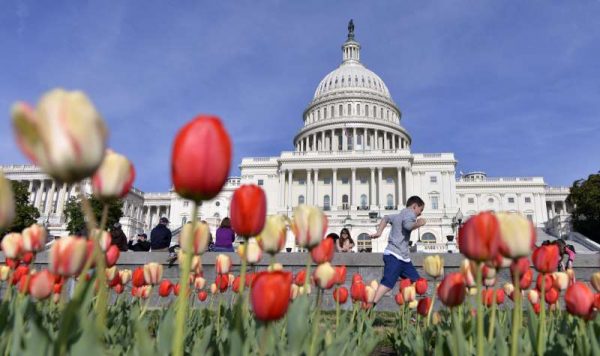 The name of the new game in Washington is ‘whodunit!’ An army of sleuths and scribes is at it since “The Donald” emerged as the would be Republican nominee for the race to the White House.

Leading the charge for the influential Washington Post is Bob Woodward of the Watergate fame with 20 reporters working 24/7 to dig up dirt on “every phase” of the Manhattan mogul’s life with a promise of a book.

The first nugget they turned up was that back in 1991 Donald Trump posed as his own PR person to talk to a reporter of People magazine about a story on his then-collapsed marriage with wife Ivana and subsequent relationship with Marla Maples.

The brash billionaire who has in the past admitted to posing as his own spokesman named John Miller or John Barron, denied it flatly this time saying it wasn’t him and asserting it “sounds like one of these scams, one of the many scams. Doesn’t sound like me.”

But the talking heads would have none of it. CNN brought in a forensic audio specialist who “based on several criteria — including pitch, tone and cadence” declared “with a fair degree of scientific certainty that it is Donald Trump’s voice.”

As the buzz on every show turned on “did he or did he not” and if he did, as they insisted, why he was lying about it, the reporter in question asserted that the publicist on the “Trump tape” was “absolutely” him.

But she had lost her own copy of the tape. And as the only other person to have a copy of the tape was Trump, the real estate mogul must have leaked it himself, she suggested.

But why in the world would he do it? Because “strange are the ways of Donald Trump!”

Not so strange, considering Trump had done it again – turned the conversation away from why he was not releasing his tax returns – “none of your business”.

Or why he was softening his stand on banning the entry of all Muslims to the US “till we figure out what’s going on” — “It was only a suggestion. I am not the President as yet.”

Then there was the matter of what the Post called “Donald Trump’s butler problem”.

Media was agog Thursday with reports that the Secret Service is investigating Anthony Senecal, 84, Trump’s butler for 17 years turned unpaid, in-house historian at his Mar-a-Lago estate for advocating on Facebook that President Barack Obama should be “taken out”.

“To all my friends on FB, just a short note to you on our pus headed ‘president’ !!! This character who I refer to as zero (O) should have been taken out by our military and shot as an enemy agent in his first term,!!!!,” he posted Wednesday.

This time Trump’s campaign quickly condemned Senecal’s rants saying, “We totally and completely disavow the horrible statements made by him regarding the president.”

And as in all good old ‘whodunits’ the butler admitted, he did it. “These are my ideas,” he said. “They have nothing to do with Mr. Trump.”