Hillary Clinton must find the right running mate, or else it could be a Donald Trump world….writes Bikram Vohra 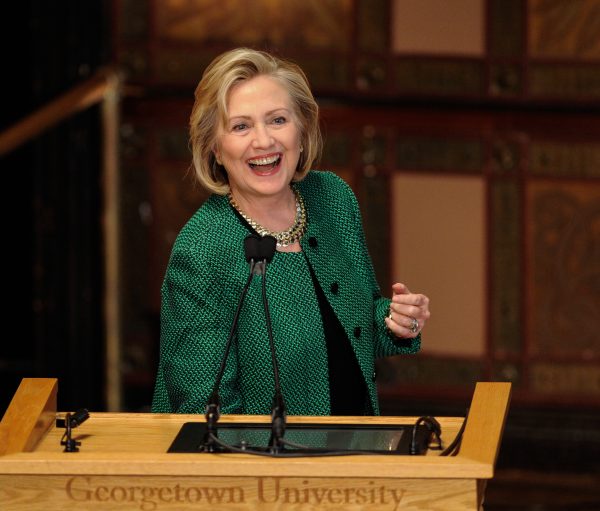 Who will Hillary Clinton settle on could be the deciding factor in halting the Trump juggernaut from gate-crashing the White House. It would have been ideal for the Democrats if Bernie Sanders, her runner up in the nomination race could be her running mate but it doesn’t happen that way and that is unfortunate because both of them together could give the Republicans a bit of scare and squeak the Trump chariot’s wheels.

Hillary Clinton said she would consider “the most qualified people” for the vice president’s position — which would include women. According to a report on CNN she wants her ducks in a row in selecting a running-mate ahead of the party’s convention in Philadelphia on 25 July.

“I’m looking at the most qualified people, and that includes women, of course, because I want to be sure that whoever I pick could be president immediately if something were to happen — that’s the most important qualification,” Clinton reportedly said.

That’s all very nice and dandy and it better matter. Though there are candidates who might give her vote banks there isn’t anyone who stands out as a perfect foil and yet, a support. US Presidents also don’t like strong Veeps even though the latter is a heartbeat away from the Oval office. Rather he be sworn in mid-term as a weak facsimile of the fallen warrior.

Having left a window open by saying she is turning to the Bernie brigade to back her, could there be a message in the bottle? After all, in her own words she said, we have the same goals, we just came at them from different directions. Will the Senator from Vermont be open to such a suggestion or has Hillary no intent of pulling up the man she just beat.

“Contrast that with Donald Trump, who set up a fake university, Trump University, that committed fraud on people,” Clinton said.

Well ,that sort of attack is all very fine but when it is Trump, such skullduggery comes off as romantic buccaneering, a political Johnny Depp beating the system and winning. Not many people see him as venal or corrupt, more colourful and candid.

So then, who? Clinton has choices. Some good, some very good, rising stars and men and women of stature but their nationwide popularity is a bit suspect. She could look at Sherrod Brown, the Ohio senator who is in good standing with the progressives. Would she go for an African American like Massachusetts’ former governor Deval Patrick to underscore continuity and disarm core black constituencies? No pun intend, but that plan might have paled unless she goes a step beyond and opts for a Latino like Julian Castro, thereby giving the Obama administration space in her cabinet and sending the trumpet-eers back to their maths.

Another strong contender is labour strongman Tom Perez who would be both Latino and capable of influencing the blue collar workforce.

At this point it isn’t that germane but having a former prez as your husband and one who has maintained a certain intellectual stature and pretty much eliminated memories of another day, isn’t going to hurt Hillary. As the elections come closer, the canny Bill will have an increasing role to play. Americans like him and they will begin to feel that a maverick in the White House is far more dangerous and risky than a woman like Hillary and a husband who’s been there and done that to advise her.

As it is said, they could hit the ground running. With the right choice for Veepee the US would get three for the price of one.

Whom she chooses could have a global impact because if she chooses wrong it will fuel the Trump bandwagon and having him as POTUS changes the paradigm of foreign policy across the world. For four years at least Donald Trump will do what wants, how he wants, when he want. Can Hillary and her unknown Tonto stop him?