The hidden impact of Shakespeare’s work on Arab music, art and film will be highlighted at one the Middle East’s biggest film festivals this week, reports Asian Lite News

Dr Islam Issa, Lecturer in English Literature at Birmingham City University, will be speaking at the Oran International Arab Film Festival (FIOFA) held in Algeria on behalf of the British Council.

Shakespeare’s influence on arts is normally examined in terms of Western culture but Bard’s work has been prevalent in the Middle East for centuries. Exactly 100 years ago celebrations of Shakespeare’s life were held across the Arab-speaking world to mark 300 years since the playwrights death, with scenes echoing those seen in the UK this year.

In 1916 the region’s biggest poets entered a high-profile competition to write the best poem about the Bard. Dr Issa will explain how Shakespeare impacted the Arab cultural and literary renaissance of the nineteenth and twentieth centuries through both resistance to, and translation of the famous plays. 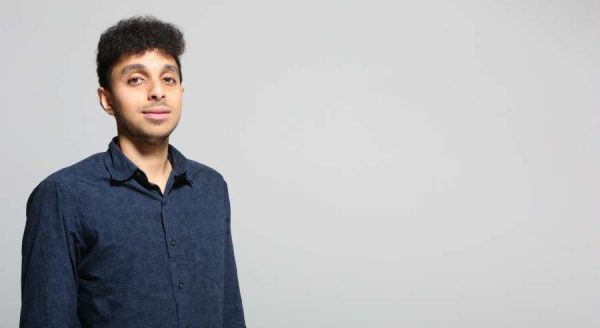 He will also point to the presence of Shakespearean characters, scenes and quotes in modern Arab pop songs, urban music and movies from Egypt, Iraq and Tunisia, as well as in political speeches.

Famous instances include the recreation of Romeo and Juliet’s balcony scene in Egyptian comedy movie Elly Baly Balak and the use of Hamlet’s famous ‘to be or not to be’ line by singers like Saber A-Rebaï and politicians like Yasser Arafat.

Dr Issa said: “Shakespeare is probably a special case because any linguistic or cultural divide that exists with other foreign writers is seriously narrowed when it comes to him. “Ordinary people in the Middle East have some familiarity with Shakespeare regardless of whether they’ve seen or read his plays, and I would go as far as saying that he holds a significant place in Middle-Eastern popular culture.

“The fact that this comes as a surprise to many people confirms the wider neglect of non-Anglophone responses to literature, in academia and in the media.”

Dr Issa was invited to attend the event by the Algerian Ministry of Culture after being recommended by the British Council due to expertise in Shakespeare’s works and his knowledge of the Middle Eastern culture. His upcoming book looks at another British writer, John Milton, in the Arab context.

He will deliver his speech in Arabic in front of an audience of authors, scriptwriters and film directors which will be followed by a question and answer session for attendees.

The festival which runs from July 22 – 27 has been set to include screenings of three Shakespeare-based films – Much Ado About Nothing, Richard III and Bill – in honour of 2016 marking 400 years since the Bard died.