The office of the Special Envoy for Syria on Tuesday said that Staffan de Mistura plans to resume intra-Syrian talks on March 9….reports Asian Lite News 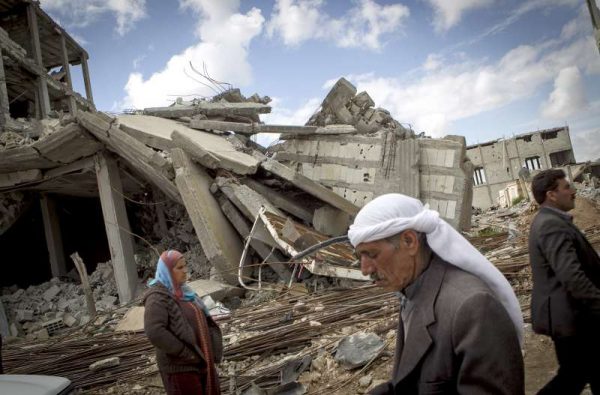 “In order to allow adequate time to address logistical and practical matters, the Special Envoy will now resume the talks on March 9, 2016,” Xinhua quoted a statement as saying.

The diplomat had initially hoped to resume talks on March 7 after UN-led talks seeking to broker a political solution between Syrian President Bashar al-Assad’s government and opposition forces came to a premature standstill on February 3 after parties failed to see eye to eye on a number of issues.

Meanwhile, Assad has described the currently-holding truce in his country as a glimmer of hope, adding that his troops have refrained from retaliating to the rebels breaches.

In an interview with German TV released on Tuesday, the president said, “We will do our part so that the whole thing works,” adding that “we have refrained ourselves from retaliating in order to give (a) chance for the agreement to survive.”

The cessation of hostilities, which has been in place since the weekend, is still holding in its fourth day on Tuesday, Xinhua reported.

The president promised “full amnesty” to rebels who gave up their arms, amid reports from the Syrian Observatory for Human Rights monitor group that Syrian warplanes are dropping leaflets on rebel-held areas, urging the rebels to lay down their arms and embark on a reconciliation with the government.

“That is what we can do, but at the end everything has a limit. It depends on the other side,” Assad said, adding that “the terrorists have breached the deal from the first day. We as the Syrian army are refraining from responding in order to give a chance to sustain the agreement.”

The cessation of hostilities agreement was reached by Russia and the US. The Syrian government as well as nearly 100 opposition groups announced their agreement.