After terrorists slaughtered 22 people, including 18 foreigners, in Dhaka, questions are being raised about the efficacy of the mechanisms in Bangladesh to rein in militant threats….reports Asian Lite News 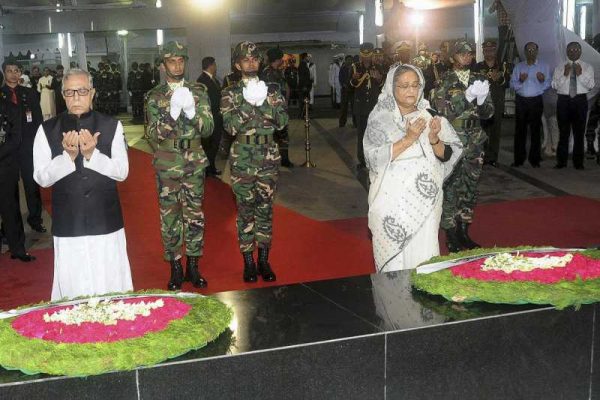 Assailants severely injured a Hindu priest early on Saturday in southwestern Satkhira district, a day after the killing of another Hindu priest and a Buddhist man elsewhere.

Earlier, two people, including a writer of an LGBT (lesbian, gay, bisexual and transgender) magazine, were hacked to death in Dhaka, days after an English professor was shot dead in a separate incident.

Dozens of people including secularists and other religious groups have also been targeted in recent months.

Last month’s special anti-militant drive has been heavily criticized for failing to detain the leaders and masterminds behind the militant groups.

Local reports said that of over 13,000 rounded up within a week, only 200 were listed as militants.

No militant ringleader has been arrested, raising questions about the efficacy of such a special anti-militancy drive.

Friday’s hostage tragedy has once again revived questions as to the productiveness of such special anti-militancy efforts that have so far even failed to prevent militants from freely posting propaganda materials on public walls in Dhaka without getting caught.

Enraged over the deaths of 28 people in the attack on the Spanish restaurant in Dhaka’s diplomatic enclave on Friday night, some experts say the state is inept vis-a-vis militants.

The country’s education system is accused of contributing to the tragedy, claiming that they pave the way to fostering a radicalized ideology.

From a political perspective, the sources have also claimed that the killings happened because the state machinery ignored the threats for too long due to political convenience and administrative inefficiency.

In one of the worst tragedies in Bangladesh’s history, nine Italians, seven Japanese, two Bangladeshis, an Indian and a Bangladeshi-born American were among the 20 hostages hacked to death by the terrorists who stormed the upmarket restaurant on Friday night.

Seven gunmen armed with blades, guns and explosives, also murdered two Bangladeshi police officers. Commandos rescued 13 hostages and killed all but one of the terrorists and captured one.

Bangladesh faces a growing threat of militant violence with a string of incidents this year including the killing of several liberal activists and attacks on minority Shias, a Christian priest and Hindu temples.

Almost every time after such an incident occurs, the Islamic State claims responsibility while Prime Minister Sheikh Hasina’s government denies its presence in the country.

An expert at a think tank in Bangladesh told Xinhua that there were so many unanswered questions that reveal the incapacity of the security agencies in handling the most sensitive matters related to militancy.

Experts said there was a need for a massive anti-militant drive free from political influence.