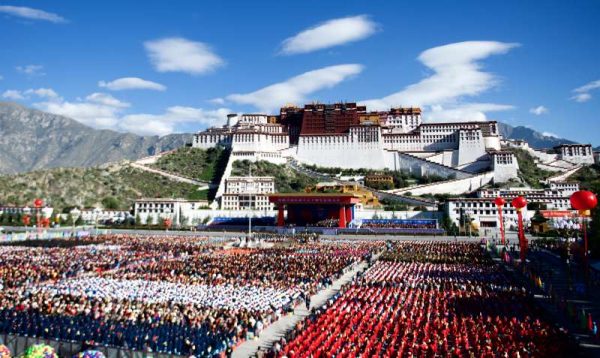 One of the reasons for the US’s interest in integration of northeast India with southeast Asia is a “lurking concern” about China’s looming presence in the region, a political science expert said.

“Regional integration (by the US) is seen as a good thing as it will lead to prosperity and greater prosperity means greater trade with the US and the possibilities of American investment,” said Sumit Ganguly, director, Centre on American and Global Security at Indiana University.

“… and it would be dishonest not to say at least one word… a lurking concern about China’s looming presence particularly in Myanmar, Thailand and in Bangladesh,” Ganguly said here when quizzed on the US interest in linking northeast India with southeast Asia.

“If this presence was entirely benign then the US could afford to shrug it off but there is probably something more than completely benign in China’s active interest in having possibilities of having bases in Myanmar, increasing Chinese presence in northern Myanmar and Chinese behaviour elsewhere… it is all sort of seamless. That looming shadow does exist,” he contended.

Ganguly is the co-author of the book “Heading East: Security, Trade, and Environment between India and Southeast Asia” that was unveiled here as a follow up to ‘Building Pan-Asian Connectivity Conference’ that was held in the city last year.

“It highlights both the challenges and the promises that are involved in linking northeast India to the southeast of Asia,” he said.

Ganguly, who holds the Rabindranath Tagore Chair in Indian Cultures and Civilisations at the varsity, pointed out not enough has been done despite the announcement of the Look East policy.

“Despite physical proximity, not enough benefit has accrued to this part of the world and not enough has been done despite the announcement of the Look East policy as early as 1992 and now Prime Minister Narendra Modi calls it Act East.”

“… and one hopes it will not simply be a stated policy but a policy that will actually have teeth and will have actual significance and help in the development of the people in northeast India.”

Ganguly hoped the policy would not just focus on security issues but also focus on issues like climate change, river water, migration and “not to simply look at it through lens of security.”

The report launch was organised by the US Consulate General-Kolkata, Centre on American and Global Security of Indiana University (IU-CAGS), Observer Research Foundation and Oxford University Press.