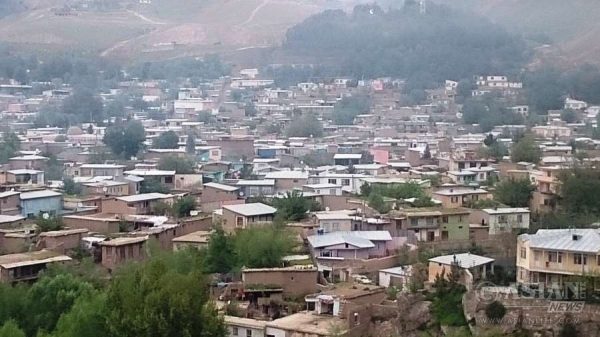 The much touted $46 billion China-Pakistan Economic Corridor (CPEC) will destroy the indigenous communities living in the high mountains for centuries. With them will go the unique language, customs and traditions, an immense loss to humanity.

The corridor, which will bring hundreds and thousands of earth movers, thousands of toones high-end explosives and drill machines to blow up and levels mountains after mountains, block valleys and rivers, cut down ancient forests and alpine meadows, will prove to be the death knell for the unique eco system on which the entire region, dare say the sub-continent, depends on timely rainfall and other natural and seasonal cycles.

At a time when the world seems to be worried over the cataclysmic effect of climate change, blowing up mountains and valleys and destroying precious water sources and life support systems in the name of building an exorbitant and destructive economic corridor will spell only disaster for the people who are directly affected and million others whose lives are inexorably tied to the Himalayan eco-system.

The silence on the part of the world, and international organisations like the United Nations, would be criminal and grievous.

The world must protest this monstrous project. It is not a bilateral project—it is a project which will displace and destroy communities, annihilate precious water resources, forests, mountains and a big chunk of unique system which cannot, once intruded upon and destroyed, can never be revived or reclaimed. The death of these communities, forests and rivers would be final. This cannot be allowed to happen when millions across the world are suffering from recurring droughts and an acute food and water crisis. There is something perverse about letting such a project go through when millions starve in Pakistan alone.

Writing in anguish, a former Inspector General of Police, Sindh, Pakistan, Afzal Shigri in January this year lamented that in the name of progress his homeland has only suffered. Shigri is from Gilgit Baltistan. In his article in Dawn, he wrote: Price had to be paid in the shape of years of unrest and bloodshed in the region due to sectarian strife introduced to the area as outsiders brought in contested ideologies to bear on local political, religious and social dynamics. Further, the huge trucks taking goods to and from China spewed smoke and polluted the environment, and also brought in drugs and guns.“

This is only one aspect of this grotesque project. The former police officer points out that although the corridor project is designed, at least on paper, to promote development of all provinces, much of the benefit will go only Punjab and Sindh. For Gilgit-Baltistan, it will yield some “ scattered ribbon development of services along the roadside“. He said the area had immense hydropower potential, but Islamabad’s focus is on developing coal and LNG projects located in Punjab and Sindh. He wonders why when the world is moving towards eco-friendly power generating projects like run-off the river projects, Pakistan was intent upon developing smoke belching power plants using coal.

His main worry is about the people and their future. He said the local communities have no say in the project and are likely to be booted out of their homeland soon when the Chinese bulldozers protected by Pakistan Army moves in. There will hardly be any jobs for the local aspirants since Chinese companies contracted and sub-contracted to create the infrastructure rely on Chinese labour and management to get their work done. The Pakistan government has accepted this condition going by the decision of the government, and the army, to raise special security units to safeguard the Chinese workers and infrastructure. The army has already set up a Special Security Division with a Brigade HQ in Daimer district under a serving Major General to ensure that the local people do not interfere or obstruct the Chinese workers.

Junaid Qureshi, Kashmiri human rights activists, is more forthcoming and minces no word when he says that the corridor was a conspiracy of Pakistan government to annex Gilgit Baltistan which was a disputed territory.

In a campaign he has launched in Europe to educate the leaders about the disastrous consequences of letting the China-Pakistan Economic Corridor going ahead, Qureshi gives several instances of how the corridor will destroy the people and the unique ecosystem of the region. In a letter he has been circulating to all those who matter in the European capitals, Qureshi says the region has an abundance of water resources and minerals worth billions, all of which will be lost forever.  He pointed that the area has at least 5000 glaciers, including three of the largest in the world outside of the Polar Regions and about 2500 glacial lakes. Besides the immense hydropower potential, these resources are precious in a world of incessant droughts and water crisis.

There is evidence that rising temperatures world wide are melting glaciers across the world and the Himalayan region is no exception. A project like the Chinese corridor will make matters worse. Besides destroying the natural green cover and courses of water, the humongous human activity the project will attract will raise temperatures many times over. There is a growing fear that toxic gases, debris and waste generated during the construction itself will hasten the melting of glaciers. Moreover, the firms contracted to do the construction will exploit the mineral resources of the region which will deprive the local communities in many ways without giving them any tangible benefits in return. The area will be left with polluted water sources, burnt and scalded forests and mountainsides and wide gashes of excavated mountain sides and open mines.

The local communities have several grouses against Pakistan. They say that Pakistan has for long been violating their fundamental rights on one pretext or other. They have been humiliated, punished and abused over the decades for demanding their rights as citizens of the country which they chose to adopt in 1947. They have been demanding equal rights and opportunities as people of other provinces have been getting. Instead of giving them what is their right, the leaders in Islamabad have been selling the mineral resources in their home to China and other countries.

In a letter sent to the UN Secretary General early this year, a leader of the community pointed out that Pakistan Army was increasing its deployment in the region by throwing out local people and building new brigades and military posts. For the corridor, for instance, the army has set up a Special Security Division with its Brigade HQ at Daimer district. This Division will have, once fully operations, some 12000 troops. This was, according to the community, a gross violation of the commitments made by Pakistan in the UN.

The world cannot turn a blind eye to this massive destruction—displacement of some two million indigenous people, annihilation of forests and water resources and no less important raising the fear of a conflict in the region even higher.