Syed Shihabudhin looks into the network of Islamic Seminaries or Madrasas across Pakistan. Despite several efforts of international organisations and pumping millions for reforms, the madrasas are still failing a generation to avail quality religious education 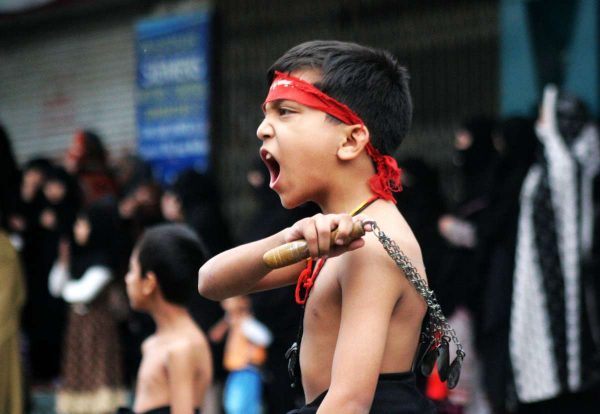 The institution of madrasa as an Islamic centre of education in Pakistan has been under intense public scrutiny in the wake of war on terrorism.  In 1947, when Pakistan was carved out of the Indian sub-continent as home for Muslims, there were only 137 madrassas in the country. Nine years later a survey put the number at around 250.  By 2009, the number increased to anywhere between 12,000 and 15,000 with an enrolment of around 1.5 and 2 million students. Today thje country has a total of 43, 586 madrasas. As many as 35, 337 of them, accounting for more than 80 percent of the madrasas in the country are still outside any regulatory system.

Wifaq-ul-Madaris and Ittehad-e-Tanzeem-ul-Madaris Pakistan (ITM) are the two platforms for seminaries in Pakistan.ITM represents five major schools of thought. Around 18000 madrasas are affiliated to it and accounts for around 30 million students.   Both education and health are not priority items for Pakistan budget. So both sectors are languishing.

The government runs some 15,000 schools with an enrolment of around 16 million.  These schools are ill-equipped and are understaffed.  Privately run schools which offer mostly the English medium are said to be over 35000 and cater to some six million students.

Mosque schools where the local imam doubles up as teacher number around 25000. These are what may be called neighbourhood schools, and are the preferred option of poor parents. The Mosque schools are different from madrasas in their structure and syllabus.  But they are also centres of hate learning.

The garrulous general, Pervez Musharraf, as the military ruler of Pakistan, can be blamed for putting Ismailis on the firing line of Islamist zealots.   In the November of 2002, Musharraf regime asked the Aga Khan University Examination Board (AKUEB) to arrest the decline in educational standards, and hold examinations for private educational institutions.  Agha Khan Followers are Ismailis. So much so the religious parties came out against Musharraf and his reform. Leading the chorus was none other than Hafiz Saeed, who heads the Muridke based Jamaat-ud-Dawa, (Organization for Preaching, JuD), a sprawling enterprise of Sunni militant group, Lashkar-e-Toiba (LeT). 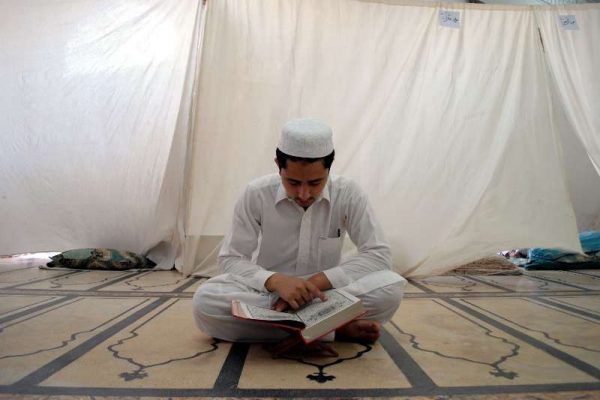 The zealots had found a stick to force Musharraf to beat a hasty retreat.  USAID has been funding the educational programmes of the Aga Khan Foundation. It has given a grant of $4 million for the establishment of the examination board. What more religious parties need to raise their hackles against the Ismailis?

“Musharraf is working on making the Northern Areas an Ismaili state. He has been pressured by Christina Rocca (the then US assistant secretary of state for South Asia) to hand over Kashmir to Prince Karim Aga Khan so that he could annex it with the Northern Areas and make it his fiefdom,” thundered Hafeez Seed in the internet edition of his weekly, Ghazwa (Nov 4, 2004)

The Hafeez-Speak was reminiscent of the campaign that resulted during the Zulfikar Ali Bhutto rein in condemning the Ahmedis as non-Muslims.

Substantial aid from the Sunni Arab world has made Pak Madrasa acquire the financial muscle that has enabled them to resist arm-twisting by the government under American pressure. Saudi Arabia, Qatar, the United Arab Emirates, Kuwait, Iran, and Turkey are the main fund providers as a matter of state policy. Some considerable inflow also takes place from US, UK and South Africa but all this individual charity.

All this money goes to 147 madrasas in Punjab, 95 in Gilgit-Baltistan, one in Sindh, 12 in Khyber-Pakhtunkhwa and 30 in Balochistan, according to an official publication of the Interior Ministry.  At least two madrasas are known to receive up to Pakistani Rupees 2.5 to 3 million every year. Another 80 seminaries collectively receive Rs300 million a year.

Under the National Action Plan (NAP) announced shortly after Taliban massacred students of Peshawar army school in 2014, Nawaz Sharif government is committed to check the foreign funding of seminaries. From the Interior Ministry’s admission it is clear that the task has not received the seriousness it deserved. It was, as an editorial in a leading daily puts, a job less than half done.

There is no denying that madrassas have served an important social purpose in Pakistan and other Muslim countries. These institutions are inherently capable of providing a safety net to the civil society.  But problem is with the Talibanisation of Madrasas and the approach to reform them.

Touching upon the subject in a Policy Brief (Aug 2009) of Brookings Doha Center, Saleem. H Ali (Professor at the University of Vermont) highlighted the flipside of the reform process.  “Neither the Pakistani government nor U.S. policymakers can be complacent about the situation in Pakistan’s madrassas”, he said.

Ali is the author of a seminal work on Pakistani madrasas. His book, “Islam and Education: Conflict and Conformity in Pakistan’s Madrassas”, was published by the Oxford University Press in 2009. Islamabad’s notorious Lal Masjid, its madrasa and Maulana Abdul Aziz Ghazi find a mention in the book.  Saleem Ali lists the following for urgent attention to make Madrasas relevant to present day world:

On Dec 15, 2015, an influential American law maker, Ed Royce, who heads the powerful House Foreign Relations Committee’s Congressman, demanded that Pakistan must close down at least 600 Madrasas saying that “they are fanning terrorism and extremism in Pakistan”.  He charged Pakistan with failing to eliminate the extremist mindset.

This demand was a sequel to a deadly shooting in California on Dec 2, 2015 by a radicalised Pakistani-origin couple that killed 14 people.    The Congressman also asked the White House to stop the $2 billion annual aid to Pakistan. He demanded accountability by Pakistan for $30 billion given as aid 9/11.

If the situation does not show a turn around, Ed Royce could find his call become a new sticky point in the US-Pak bilateral ties.