Hyderabad-based actor-musician Yalamanchili Revanth has made a documentary titled “Repair N Despair”, a story of three volunteer youth groups and their contribution to rebuild Nepal that was struck by earthquake twice in 2015.

Released last month by The Vibe — a digital platform that tells first-hand alternative stories from the perspective of the youth of India — the film weaves together the perspective of Revanth, also a social entrepreneur, who had orchestrated different teams — FORE (Friends of Royal Enfield), BibekSheel Nepali and I am Helping Hands — to support the rebuilding of Nepal.

“I am an avid trekker myself and every year, I make sure to go for adventure trips to Nepal. And whenever I went there, I always met humble people. So, I wanted to go there and do whatever I could.

“One was to document it and second was to stay and work along with people I’ve met over the years for the relief and rehabilitation,” Revanth told IANS in a telephonic interview from Hyderabad. 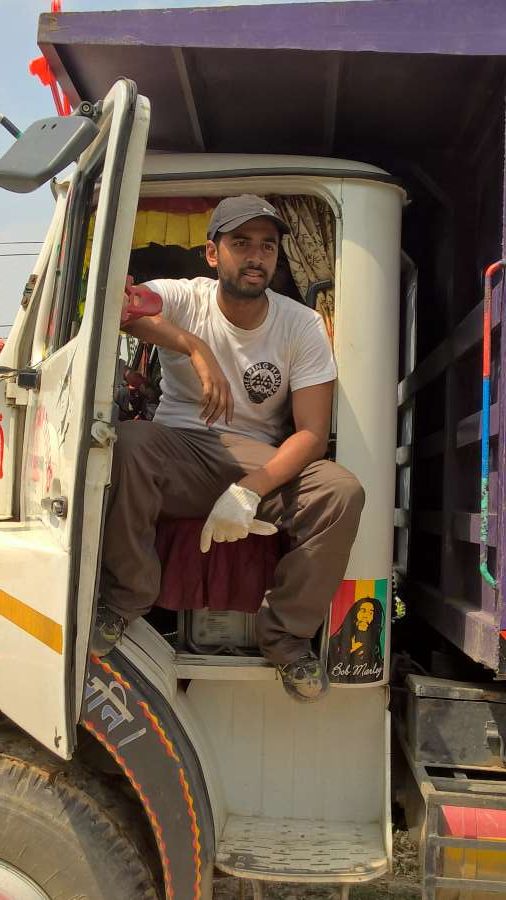 The “Intinta Annamayya” actor stayed there for about 45 days and provided help to the many victims of the natural disaster. There was drastic loss of life and property.

“I was not there after the first earthquake. After the second one in May, I went there. Since monsoon was about to arrive, people there needed shelter over their heads. Temporary shelters were erected on a large scale. We helped in treating people at lower cost.

“We tried to cover as many villages and districts as possible, including Sindhupalchowk, which was one of the worst-affected areas,” he said and added that it was amazing to see many individuals trying to make a difference.

“The documentary is an attempt to get the real stories out,” he said.

Revanth said he met the three groups in Nepal itself and hadn’t planned on focusing on them only when he set out to make the documentary. He found it most touching to see people’s willingness to share in the tough times.

“In such situations, you generally see people struggling for supplies as you don’t know when you will get the next meal. But whatever ration they had, they would share with others… Even if they had the last cup of tea.

“If one village had received relief, they would say that they had already received it and would suggest us to help others,” he said.

The video has received over 100,000 views on Facebook, and Revanth is happy as more people are offering help after watching it. In fact, he believes the film has been able to reach out to so many people since he chose the digital platform.

“I think most people are always online. It is the best way to reach out to a lot of people,” he said.

While his and other groups’ efforts to rebuild Nepal continues even now, the artiste has plans of making more documentaries on different subjects.

“I am planning to make one on North Korea. Whatever we see online or read about, all have some kind of political connection to them. I would like to focus on its other aspects like their people and culture,” said the 28-year-old.

What about a documentary on India?

“There is one which I am hoping to do, but I would like to keep that under wraps,” he signed off.