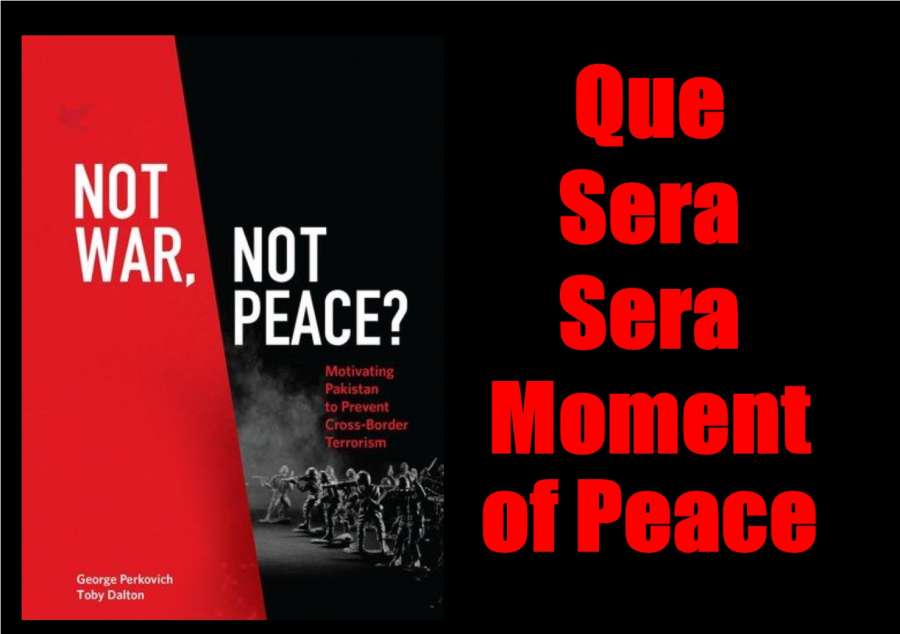 The Partition of the Indian sub-continent in 1947, with its violent consequences that reverberate to this day, was not of India’s making — and yet, this book by a vice president and a co-director at the Carnegie Endowment for International Peace places the onus on this country for making peace with its western neighbour, sub-titled as it is “Motivating Pakistan to Prevent Cross-Border Terrorism”.
That should be enough to raise a red flag but still, let’s examine what the authors have to offer. Essentially, five options: a pro-active army-centric policy; limited, primarily airborne strikes with lower risks of escalation, depending on the targets; potential deterrence and compellence value of covert operations; modifying India’s nuclear deterrence and capabilities; and non-violent compellence.

However, each of these is fraught with danger.

In the case of the first, “quick, effective, limited army excursions into Pakistan-Administered Kashmir and/or the Pakistani heartland could, theoretically, cause enough damage to the Pakistani military’s interests to motivate it to accommodate India’s counter-terrorism demands to end the conflict”, the book says.

“However, prudent analysis suggests that India, for the foreseeable future, will lack the requisite capabilities to prevail in a quick, limited military conflict in Pakistan-held territory,” it says.

As for airborne strikes, the book has this to say: “Focusing destruction on terrorist infrastructure in Kashmir would minimise the probability of major military responses by Pakistan. However, the less vital the targets are to Pakistani authorities, the less likely their destruction would be to motivate these authorities to take decisive measures against anti-India groups.”

Air strikes, with the potential that targets could be missed or mis-identified, could embarrass India and “offer relatively limited domestic political benefits to Indian leaders and no significant prospect of compelling a change in Pakistani policy”, the book notes.

Although covert operations “could yield political dividends in India, even if the state were to deny responsibility, success in such operations would invite retaliation by Pakistan and its agents, including those it could recruit in India”, the book says.

As for its nuclear doctrine, India has always stressed on the no-first-use (NFU) aspect. “India would lose more than it would gain by changing this policy,” the authors say.

“Non-violent compellence would require India to engage in international coalition-building. While this is what the great powers seek to do, India has not yet fully embraced this mode of influence. To succeed, Indian leaders would need to mobilise talented actors beyond its diplomatic and intelligence services, within India and in the broader international community.

“Twenty-first century modes of operating and communicating would need to be developed. To be effective — both in mobilising the international community and in imparting messages that could affect Pakistani opinion — Indian leaders would need to complement the objective of ostracising Pakistan with demonstrations of goodwill towards it. This means conveying a recognition that challenges such as Kashmir will require durable, forthcoming negotiations with Pakistani authorities as well as disaffected Muslims in Kashmir.

“If India insists that a dispute does not exist, or that talks will not involve adjustments of all parties’ positions, international observers and Pakistanis, it is reasonable to conclude that will be more difficult to prevent violence,” the authors say.

So, what’s it at the bottom line?

“History teaches that not all problems have solutions, or that people often will not pursue solutions because it seems easier to live with familiar problems. The analysis presented in this book shows that there are no clear solutions that India can unilaterally pursue to end the threat of violence from Pakistan,” the book says.

“Some are more or less likely to be effective at greater or lesser risk and cost to India. But only a combination of Indian coercive and non-violent policies and capabilities, paired with a willingness to bargain, can motivate Pakistan to remove the threat of violence. It is up to Indian and Pakistani leaders and societies, with encouragement from the international community, to find a combination that will work for them,” the authors conclude.