Given the alacrity with which militants have carried out attacks against the security forces this year, the annual Amarnath Yatra to the Himalayan cave shrine beginning July 2 is going to be the biggest security challenge faced by the Jammu and Kashmir government headed by Chief Minister Mehbooba Mufti.

After the guerrillas killed three Border Security Force (BSF) troopers and injured 11 at Bijbehara town on the Jammu-Srinagar national highway on June 3, they struck again on the same highway near Pampore town on June 25, the bloodbath claiming the lives of eight Central Reserve Police Force (CRPF) members and injuring 22. The two fidayeen (suicide) militants who carried out the Pampore attack were also killed in the ensuing gunfight. 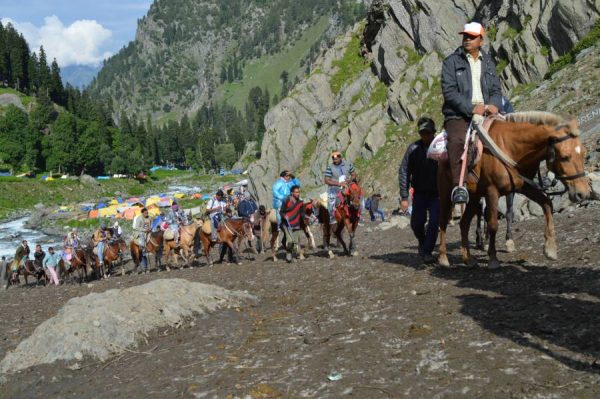 Earlier on February 23, seven persons, including four security personnel and three militants, were killed in a 48-hour long gunfight at the Entrepreneurship Development Institute (EDI) on the Jammu-Srinagar highway near Pampore town.

Union Home Minister Rajnath Singh reviewed the security situation in Kashmir on Tuesday at a meeting in New Delhi that was attended, among others, by National Security Advisor (NSA) Ajit Kumar Doyal.

Media reports said the militants had carried out a recce of the route leading to the Amarnath Yatra’s north Kashmir Baltal base camp.

The poster boy of Kashmir militancy, Burhan Wani, has said in a recently released video on the social media that the militants will not harm the Amarnath Yatra pilgrims as they are coming here for purely religious reasons.

In the same video, Burhan “advised” the local policemen to remain confined to the police stations and not perform duties that involve them in anti-militancy operations. 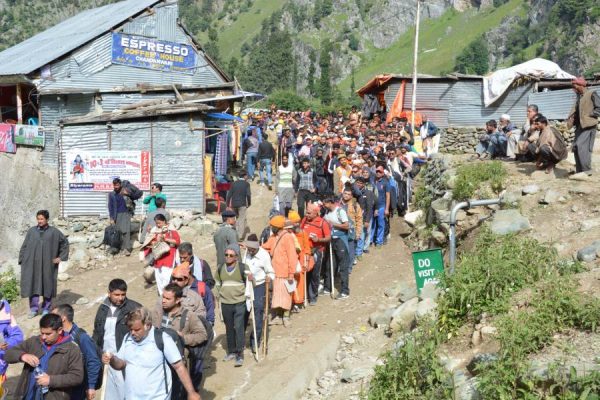 “The point is who can take Burhan’s word as authentic? We have had such assurances in the past and finally when attacks were carried out by militants they were conveniently blamed on Indian agents,” said a senior intelligence officer.

The centre has decided to send more companies of the central armed police forces to ensure foolproof security for the Jammu-Srinagar national highway in general and the Amarnath Yatra in particular.

Senior CRPF officers who visited the Pampore attack site have said the standard operating procedure (SOP) was followed by the troops while dealing with the suicide attack.

A high-level central team deputed by the Union Home Ministry is also here to prepare a report on the security situation in the aftermath of the Pampore attack and also suggest measures to ensure that such assaults are prevented in the future.

One encouraging development in the last almost 14 years has been that the militants have avoided attacks on the Amarnath Yatra although there have been instances when vehicles carrying the pilgrims occasionally got caught in stone pelting incidents.