For the bold, beautiful and ambitious women of Afghanistan, patriarchy in society has not deterred them from being successful entrepreneurs amid the darkness of terror in which the country lives. But they are fearful for their security.

Hasina Aimaq, in her 20s, is yet to finish her graduation at Kabul University and is the owner of a handicrafts company. Hasina proudly calls herself the executive director of ‘Hasina Design’, which employs more than 20 people, mostly women.

“There are nearly 4,000 Afghan women indirectly associated with my firm, doing embroidery, carpet weaving and distribution, besides 20 permanent employees,” said Hasina at an exhibition in New Delhi organised under the aegis of “Heart Of Asia” Rebuilding Afghanistan process.

Hasina asserted that many Afghan women like her have learnt to “stand on their own”. “Our income is increasing day by day. Money is making us women independent and self-sufficient,” she said.

Asked if women feel secure in the terror torn country, Hasina said with a sad look, “We are not secure at all. It is a big risk to do business there. Every minute I feel that someone may come and do something horrible with me or my family.” 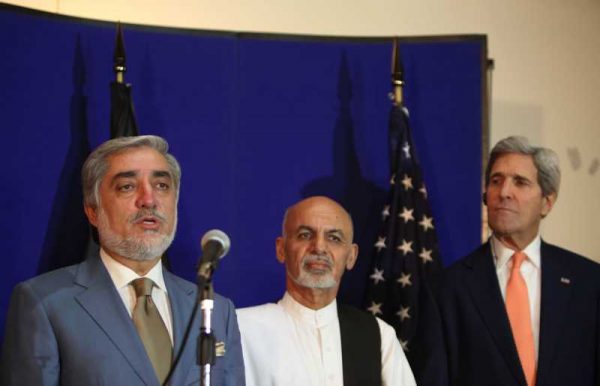 But the threat of danger does not stop her. “Those people cannot stop me because I cannot wait for 10-20 years when they may change their minds. So that is why I keep going,” Hasina added.

Like Hasina, many other women from Afghanistan showcased their products, including handicrafts, dry fruits and collection of leather goods at the exhibition which they said would help them establish contact with Indian traders.

Nazifa Mirzad, 52, is the proud owner of the firm “Elite Craftsmenship” which is funded by an NGO.

Nazifa, a mother of three daughters and two sons, started the business eight years ago to become “independent and financially self-sufficient” when her husband, a professor in Kabul University, insisted that she launch her own start-up.

Not only Nazifa but her daughter Mehri Mirzad, who has studied in Calicut University, Kerala, India, is an exhibitor at the “Made in Afghanistan” conference.

“My company in Kabul is all about handicrafts where we make carpets and do embroidery. I am also looking forward to owning a boutique in Delhi,” said Mehri.

Despite being a successful business-woman, Mehri finds it “too hard” for a woman in Afghanistan to work.

“Being from a country which has been in darkness since 30 years, acceptance of having a job, being an entrepreneur, going abroad and coming back are difficult. Though things are changing now, but at a slow pace,” she added.

“Families are comparatively supportive nowadays because they get a source of income and the government is also taking measures to assure security.”

The threat of “extremist Islamists” cannot even stop Mehri, as she said, “There are only a few people who don’t appreciate what we are doing. We have to get out of all this to make our own identity as Afghan woman,” she said.

Shamsam Sadaf, another women in her 50s who is an employee in a dry fruits firm, says it is “unfortunate” that she does not feel secure in her country.

“I have achieved this freedom of being a working woman after 50 years. But I want to create an atmosphere for my children where they will be free to do what they want. I do not see that happening in the near future,” said Sadaf.

“My daughter and both my sons are very proud of what I am doing,” she added.