Kerry says Groups like the Haqqani Network and Lashkar-e-Taiba (that) seek to undermine Pakistan’s efforts to foster strong, positive relations with its neighbours 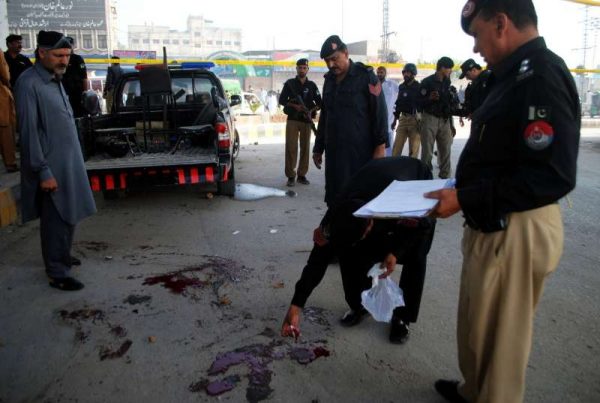 Warning Pakistan that anti-Afghanistan and anti-India terror groups were “stealing” its sovereignty and undermining its efforts to improve relations with its neighbours, US has welcomed Pakistan’s commitment not to differentiate between terrorist groups.

“Groups like the Haqqani Network and Lashkar-e-Taiba (that) seek to undermine Pakistan’s efforts to foster strong, positive relations with its neighbours,” Secretary of State John Kerry said Monday.

“In the end, a group like the Haqqani group or Lashkar-e-Taeba or Jaish-e-Mohammad – all of these groups are literally stealing the sovereignty of a nation,” he said at the inaugural session of the US-Pakistan Strategic Dialogue here.

“And they’re stealing the future of a nation. And it is important for us to stand up to them,” Kerry said.

While Haqqani Network is active in Afghanistan, Lashkar-e-Taiba is held responsible for the November 2008 Mumbai terror attack and Jaish-e-Mohammad is blamed for the attack on an Indian Air Force base in Pathankot in January.

Kerry also commended Pakistan’s commitment not to differentiate between terrorist groups including those targeting India, as Pakistan assured that it had reached out to India as part of its policy of a peaceful neighbourhood.

“We commend Pakistan for its whole-of-government approach to implement the National Action Plan and eliminate the ability of militant groups to recruit, to finance, and to incite violence.

“And we welcome Pakistan’s commitment not to differentiate between terrorist groups in the implementation of this strategy,” he said.

Pakistan Foreign Affairs Adviser Sartaj Aziz said: “As an all-important part of our policy of peaceful neighbourhood, we have reached out to India.

“We believe the resolution of all outstanding issues, including the Kashmir dispute, is possible through resumption of full-scale and uninterrupted dialogue with India.”

Pakistan “would also propose a mechanism to address our respective concern on terrorism”, he said.

He described the Indian participation in the Heart of Asia conference in Islamabad last December and announcement to start the comprehensive dialogue as “positive developments that augur well for peace and stability in South Asia”.

Prime Minister Narendra Modi’s visit to Islamabad in December was welcomed by most in Pakistan, Aziz noted.

He expressed Pakistan’s gratitude to Kerry and President Barack Obama “for your consistent support to the revival of the Pakistan-India dialogue”.

“It is unfortunate that the agreement on resuming the dialogue process was disrupted by the attack on Pathankot airbase on 2nd January,” he said.

Pakistan has taken some very important steps in the aftermath of this incident, he said. Pakistan Prime Minister Nawaz Sharif had called Modi immediately after this attack and assured of Pakistan’s support in the investigation.

Since then, national security advisors are maintaining frequent contacts, Aziz said. A case has been registered, and the special investigation team is likely to visit India in the next few days.

“We, therefore, hope that the foreign secretary-level talks will be scheduled very soon,” Aziz said.