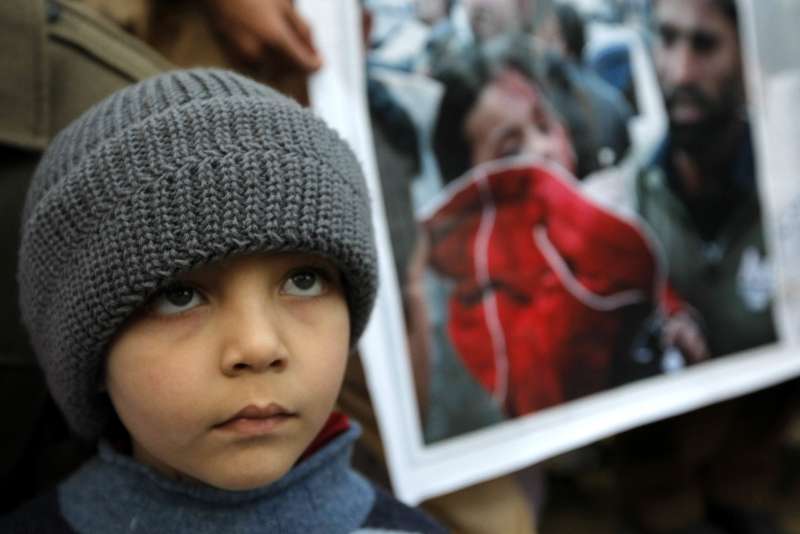 Nearly 12 million children of the world’s international child migrants live in Asia, according to a report released on Wednesday by Unicef.
In the report entitled ‘Uprooted’, the Unicef said that worldwide nearly 50 million children have been driven from their homes, including 28 million displaced by conflict, EFE news reported.

Asia is home to 39 per cent of all child migrants, with Saudi Arabia hosting the largest number in the region followed by Jordan, United Arab Emirates, Lebanon, Pakistan, Turkey, Iran, Thailand, Kuwait and Kazakhstan.

In 2015, of all children under the protection of the UN High Commissioner for Refugees (UNHCR), 45 per cent were from Syria and Afghanistan.

“Children of refugees and undocumented migrants are more likely to have their rights compromised than other children, including lack of access to health care and education, discrimination and risks to their personal safety,” said Karin Hulshof, Unicef Regional director for East Asia and the Pacific.

Displaced children face several dangers during their journeys, including the risk of drowning on sea crossings, trafficking, kidnapping, exploitation, rape and murder. Once they arrive at their destinations they often face discrimination and xenophobia, the report said.

While a relatively low number of Asian children migrate from their country of birth, they face the most dangerous journeys in the world, as the journey across the Bay of Bengal and Andaman Sea is around three times more deadly than the Mediterranean routes into Europe, the agency said.

The journey claimed the lives of around 2,000 Rohingya refugees and Bangladeshis between 2012 and 2015, it added.

Unicef estimates that in 2014 around 58,000 people attempted to make that journey, most from Myanmar and Bangladesh to several countries in Southeast Asia.

The report comes days before the UN hosts a summit on the refugee crisis at the General Assembly in New York on September 19, expected to be attended by heads of states and government leaders from around the world.