In an emotion-laden match upset, Portugal, without their star striker Ronaldo, wins the Euro 2016 with a goal at extra time, reports Asian Lite.

It was substitute forward Eder who on Sunday night fired the winning shot from outside the box in the 109th minute, ending a match in which a dominant France failed to capitalise the absence of Ronaldo who had to leave the pitch weeping in the 25th minute due to an injury. 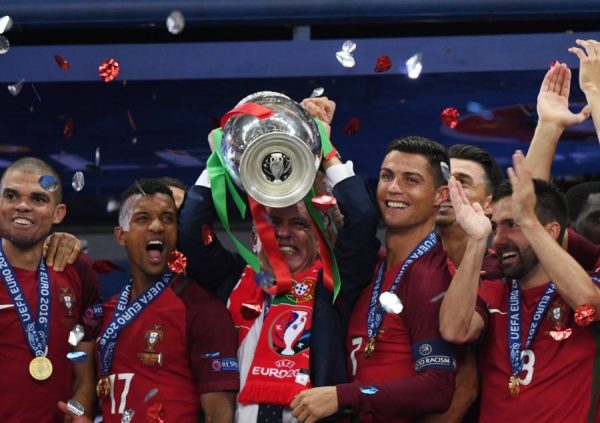 Ronaldo, the leader of the Portuguese team, got an injury only seven minutes into the game when French midfielder Dimitri Payet put in a challenge on him and caught him with the follow-through, bringing play to a halt.

Although the Real Madrid star goal-poacher continued playing for some time, he had to be replaced by Ricardo Quaresma in the 25th minute.

The injury cast a shadow over the match. France was back in possession. France tried to apply the same plan they had used to knock out Germany and Iceland — high precision and speed. Right from the start they had Portugal on the defensive, but the first half ended scoreless.

Midfielder Moussa Sissoko made several flash runs as he injected a sudden burst of pace to send himself through. Besides Sissoko, playmaker Antoine Griezmann, who had scored six times to take the Golden Boot of the tournament, was a huge threat to Portugal. Once he was set up just in front of the gaol but he misdirected a header.

And not much changed in the second half either, with the French depending on Matuidi and Sissoko while Portugal’s Pepe provided leadership as the team defended tenaciously, slowed the game down and tried to survive until they could put together some kind of scoring combination. 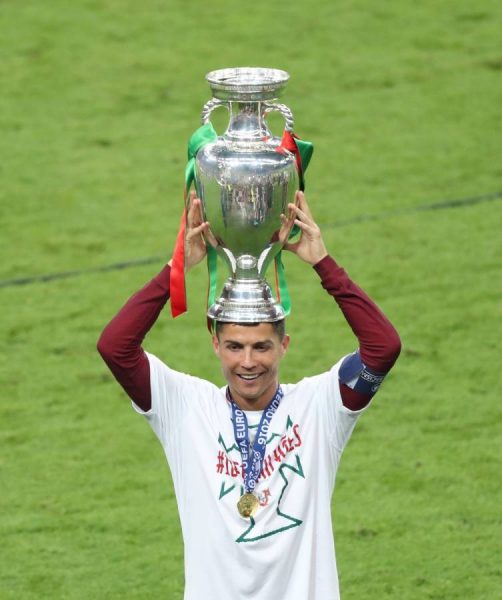 André-Pierre Gignac for France hit the side bar minutes before the 90 minutes of play and in the extra time, Raphaël Guerreiro, Portugal’s left-back, struck the cross-bar with a free-kick. It was then that 28-year-old Eder fired his blast that salvaged the match for Portugal.

The Lille forward took a pass from Joao Moutinho in the 109th minute, cut onto his right, and unleashed the perfect strike from 25 yards towards the near-corner, beating a stretched France keeper and captain Hugo Lloris. The statistics showed that France had the upper hand with 56 per cent ball possession and seven on-target shots. But Portugal keeper Rui Patricio performed brilliantly to deny the hosts’ a victory.

The tough duel witnessed six yellow cards for Portugal and four for France.

This was the fourth meeting between Portugal and France in a major tournament. France has won the previous three, all in semi-finals — Euro 1984, Euro 2000 and the 2006 World Cup.

Portugal put in a defensive masterclass to deny the French the trophy on home soil. Portugal, who have developed a flair for the dramatics, won their third match of the tournament in extra-time, after playing out to a sixth draw in seven games at Euro 2016.

Portugal coach Fernando Santos said: “I’ve always told the players that we’ve got great talent but we need to fight more than our opponents, run more than them and concentrate more than them. We have an amazing group.”

The 61-year-old spoke highly of Ronaldo: “Our captain made a fantastic effort during this competition. He was criticised many times but he showed a fantastic team spirit. Twice, he tried everything that was humanly possible to get back into the game but it wasn’t possible,” Santos added.

France coach Didier Deschamps was very disappointed. “This is a big knock on the head.” The 48-year-old, who had captained France to their 1998 World Cup victory on home soil and the Euro 2000 crown two years later, said: “I’m sad for my players. There are no words to comfort them. It’s tough, real tough. It’s hard also for the fans who wanted that trophy so much.”