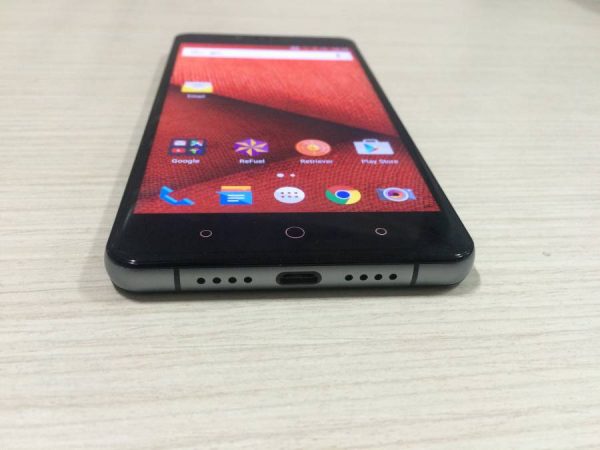 At a time when Make in India smartphones have come of age and are pushing sales in the country, Bengaluru-based consumer technology company CREO has joined the fray with its first device — “Mark 1” – that has a remarkable indigenously-built operating system (OS).

Called “Fuel,” the OS is based on Android Lollipop 5.1.1 and is user-friendly. The best part is that CREO, after taking in suggestions from its community of users, will give monthly software updates for free (it rolled out its first software update for “Fuel OS” last week).

What works for the device?

The 5.5-inch Quad HD display makes the “Mark 1” only smartphone at present to feature a bigger Quad HD screen in this price range.

The device offers good brightness in both indoor and outdoor environments. We found viewing angles better too.

The grey aluminium frame design with matte-finish running along the sides is what brings a premium touch to its body. Another plus point is Gorrlla Glass 3 layer on both sides to prevent the screen from accidental falls and unwanted scratches.

The three round-shaped buttons for power and volume are ergonomically placed and offer good tactile feedback.

For security, there is Retriever — an app that never lets you lose your device. It’s foolproof in detecting theft and automatically triggers alerts to the users’ registered email ID any time a new SIM is inserted into the device. It works without an active internet connection and even after a factory reset, making it “un-stealable”.

The ReFuel app allows you to check for updates and also gives you a tour of new features.

Another app — Echo — answers your calls when you are busy, sends a greeting to the caller and records messages for you.

Of the 32GB in-built internal storage, you will get approximately 25GB which gives you a decent amount of space to store multimedia content. You can also expand the storage up to 128GB via a micro-SD card.

The 21MP rear camera is suited for daylight photography. The camera app also includes a “3D photo” feature to capture a 3D image of an object. The 8MP front camera is, again, suitable when there is a good amount of light.

Even though it packs a bigger Quad HD display, the smartphone is not capable of running “Full High-Definition (1080p)” videos smoothly and lag surfaced while viewing. In this price range, its rivals Gionee S6 and One Plus One perform better as they have have Full HD display.

With specs like octa-core processor and 3GB RAM, the device did not multitask well and there were performance issues even while playing games like Asphalt Nitro.

In terms of design, it has a minimalistic design. At 190 grams, the “Mark 1” felt heavy when in hand.

The sound quality delivered by two speakers positioned at the bottom is decent but gets reduced whenever a finger is put near the speakers, which disappoints when using the device in the landscape mode.

The 3100 mAH battery lasted for two hours and 35 minutes wherein we looped a video at full brightness until the battery drained out, which seems average given the battery size.

During everyday usage like listening to songs and chatting on social media, the battery could not go for over nine hours. Keep a power bank in case you want to watch more multimedia content on the go.

Conclusion: As a mid-range device, the CREO Mark 1 smartphone does offer some good specifications, but if you have really high expectations in this price segment, try other options.

But if you want to give an Indian brand a chance in the crowded smartphone space, it won’t be a bad idea to go for “Mark 1”.