The rapid entry and exit of Kamal Nath as the Congress observer in Punjab has once again shown the inadequacies of the party’s leadership. This is the time for Congress to do some out-of-the-box thinking ….writes Amulya Ganguli in his weekly column Political Circus

The rapid entry and exit of Kamal Nath as the Congress observer in Punjab has once again shown the inadequacies of the party’s leadership.

A decision on such an important appointment dealing with the party’s poll prospects in the state must have been taken at the highest level in the “ma-betey ki party”, as Narendra Modi used to call the Congress during his campaign in the last general election.

If the party has nevertheless stumbled, it shows that its top leadership is not even up to the task of choosing the right people for the right job.

It should have been obvious to Sonia Gandhi and Rahul Gandhi — the duo that make all the decisions – that a person whose name is linked with the 1984 anti-Sikh riots was not the right man for Punjab before the crucial election next year.

But the Congress went ahead all the same, creating a controversy which could easily have been avoided. Its face has been partly saved by Kamal Nath’s decision to stay away from Punjab despite claiming that he had performed “yeoman’s service” during the outbreak. But the party’s clumsiness has been exposed.

Among others, the Congress’s chief ministerial candidate, Amrinder Singh, could have advised mother and son not to choose Kamal Nath. But the former chief minister apparently decided to keep his own counsel.

As it is, he has noted how the duo had bungled in the cases of Himanta Biswa Sarma in Assam and earlier of Jagan Reddy in Andhra Pradesh. Amrinder Singh believes that the Congress would have fared much better in the two states if the high command had treated the demands of the two rebels more sympathetically.

If the party bosses didn’t, the reason presumably was that they do not like to be pushed around by those lower down in the hierarchy.

The same flawed belief in their own capacity made them first select Kamal Nath and then retreat, showing that the Congress continues to remain a party of political innocents.

The same artlessness made not only Himanta Biswa Sarma and Jagan Reddy drift away but also made the Congress lose far bigger players like Sharad Pawar and Mamata Banerjee.

Now Digvijay Singh wants them to retrace their steps. But unless he and other seniors reflect on the reasons for the exodus of the big and small, they will never understand what has gone wrong with the 131-year-old party.

As is known, it is the glass ceiling which is responsible, thwarting the ambitious and leaving them with no option but to look for new pastures where they can find their own voices and not play the role of obsequious attendants all the time. It is also a sign of political innocence that such obvious human attributes are ignored.

As the Kamal Nath episode shows, the party’s president and vice-president lead an isolated existence which makes them impervious to the feelings of partymen inside and popular perception about the organization outside.

Unless the All India Congress Committee and Working Committee sessions become what they were earlier and not be a gathering of sycophants who say only what Sonia Gandhi and Rahul Gandhi want to hear, there is little hope of the party reconnecting with the masses.

At present, the election strategist Prashant Kishor’s appointment has brought some fresh air into the suffocating chambers of the organization as can be seen from the proposals to let Priyanka Gandhi and/or Sheila Dixit play a larger role in next year’s UP elections.

There is some sign here of “out of the box” thinking which is not in keeping with the party’s hidebound traditions. As the man who was behind Modi’s and Ntish Kumar’s successes, Prashant Kishor has earned a name for himself. 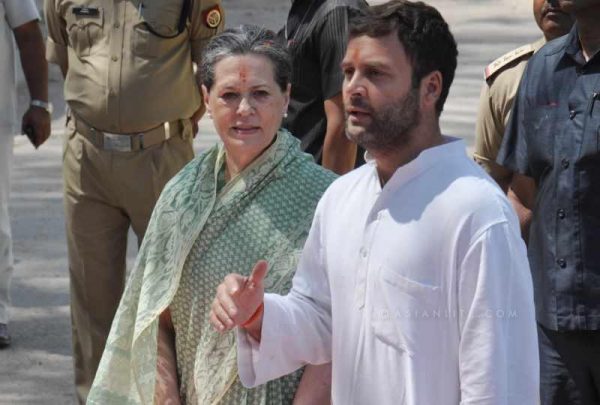 But with the Congress, he faces his biggest challenge — not only because of the party’s recent losses but because the explanations for the defeats lie in the party’s feudalism which makes it impervious to customary political norms such as looking at all options before taking a decision.

There is also a need for the top leaders to accept their personal responsibilities for the failures and relinquish their positions – something which feudalism doesn’t allow.

Punjab offers the Congress an excellent opportunity to return to centre-stage because of two reasons. One is that the baap-betey ki sarkar of Prakash Singh and Sukhbir Singh Badal hasn’t covered itself with glory in drug-affected Udta Punjab.

The other is that the earlier hopes of the Aam Admi Party have been dented by its recent difficulties over parliamentary secretaries in Delhi.

Although the Congress hasn’t recovered from its self-inflicted wounds of an incompetent leadership, it can still benefit from the anti-incumbency factor.

This was clearly not the time, therefore, for the Kamal Nath fiasco. But the party can be pleased that a curtain has been quickly drawn down on the episode. It is now for Amrinder Singh and Prashant Kishor to clean up the mess.