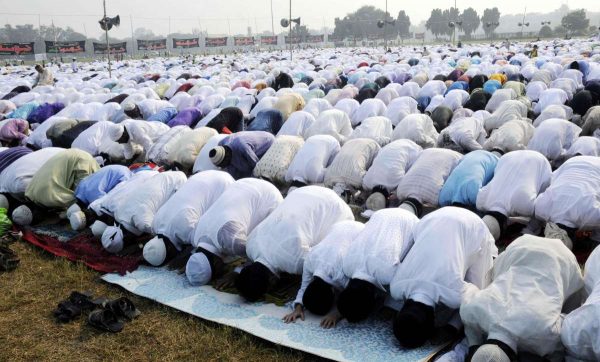 It is not proper for Muslims to say ‘Bharat Mata ki Jai’ as it amounts to worshipping a goddess and is against their monotheistic belief, says Islamic seminary Darul Uloom Deoband.

Issuing a fatwa (edict) on the question if it is proper for Muslims to raise such slogans, the Deoband scholars said that “although Muslims love their country India, where they have lived for generations and which is their motherland”, but they do not worship it as a deity.

“The issue of saying ‘Bharat Mata ki Jai’ is similar to the earlier issue of saying ‘Vande Matram’. We had observed that since Muslims belive in one God and do not worship any other deity, they should be exempted from singing Vande Matram in schools etc.

The Deoband scholars also observed that according to the constitution, “every citizen has a right to follow their own faith and no group can impose its beliefs on other groups”.

The Vishwa Hindu Parishad (VHP) on Friday slammed the leading seminary for opposing the chanting of the slogan.

He said that by issuing such an edict, the Darul Uloom, which is based at Deoband in Uttar Pradesh, had “proven that the Wahabi ideology of Deoband is mother of terrorism in India”