There is a high possibility of hydrocarbons existing in the West Bengal basin, says an eminent geologist who has extensively worked in the eastern part of India, a finding that could somewhat ease the country’s energy security concerns.

According to Naresh Ghose, a retired professor of Geology of Patna University, specific indication for this is based upon his studies on the ‘Rajmahal basalts’ in Jharkhand, adjoining the West Bengal basin. 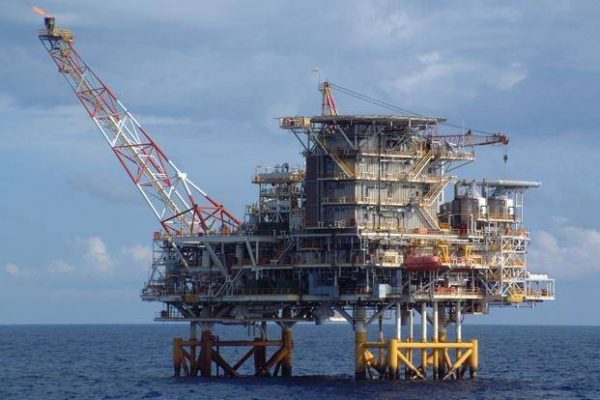 Basalts are volcanic rocks and the Rajmahal basalts form a part of the gigantic flood basalt province that erupted at the Eastern Indian Shield about 120 million years ago. The eruption coincided with the global events of crustal extension accompanying the breaking away of the ‘Gondwana’ supercontinent, formation of the Indian Ocean and separation of the Indian shield from Western Australia and Eastern Antarctica.

The exposed lava flows currently occupy an area of 4,300 sq. km. in Jharkhand, Ghose told this correspondent in an e-mail. The presence of hydrocarbons in this region is based on interpretation of fragments of volcanic rocks called ‘pyroclasts’ and sediments deposited between the successive lava flows — called inter-trappean beds — composed of shale, mudstone, black shale, siltstone, sandstone, bentonite (altered volcanic glass) and peperite (alternation of lava and unconsolidated sediment), he added.

“The occurrence of ‘oolite’ — a kind of sedimentary structure — and thin beds of black shale in the lower profile of the Rajmahal lava stratigraphy give definitive indication of the prospect of hydrocarbons both in the West Bengal basin and the adjoining Rajmahal basin of Jharkhand,” Ghose said.

Subsurface extension of Rajmahal basalts are recorded below the Ganga alluvium in the north up to Purnia and to the east and south below the Bengal Basin, he said. “This suggests that nearly two-thirds of the lava flows are buried under the depressed eastern Indian shield by younger (Neogene) sediments.”

The presence of ‘oolite’, as thin inter-trappean bed in association with shale, siltstone and tuffaceous (semi-consolidated) sediments in the basal part of the lava sequence in the western and the eastern margins of the volcanic provinces, is evidence of shallow marine depositional environment at the time of early eruptive phase, he said.

“These occurrences conclusively prove a shallow marine environment for the early Rajmahal eruptions suggesting that a close connection existed between the juvenile Indian Ocean and early outburst of the Rajmahal basalt,” Ghosh explained.

“Correlating these events with the proven existence of hydrocarbons in other contemporary basalt eruptions all along the Mahanadi, Krishna and Godavari basins of the east coast of the Indian shield is a strong indication of the prospects of hydrocarbons in the adjoining Bengal Basin,” Ghose said.

“My prediction has proved to be correct from the recent announcement of Essar Oil of its discovery of huge reserves of shale gas in the Raniganj area below the coal-bearing strata,” he said.

He said his observation further indicates the prospect of hydrocarbons in the older sediments of Mesozoic era (252 to 66 million years ago) hitherto considered of lesser significance. “This opens a new domain for exploration of oil and gas in the Gondwana sediments found in abundance in the Indian subcontinent,” Ghosh said.

Ghose added that the recent discovery by British scientists of huge reserves of the rare helium gas in Tanzania’s East African Rift Valley suggests that such fields may also exist in India. According to the British scientists, the helium gas was released from old sub-crustal rocks due to heat induced from volcanic eruptions and got trapped in favorable structures in shallower gas fields.

“Fortunately, in our country, two major volcanic events had taken place 120 and 65 million years ago, resulting in the Rajmahal basalts in the east and Deccan basalts in the west and central parts of India, comprising almost two-thirds of the Indian shield,” Ghose said.

“The oil and gas resources in the coastal areas of Mumbai, gas fields of the Krishna-Godavari basins in the east coast and almost the entire coal resource (except lignite) and coal-bed methane in the Damodar valley coal-fields (Jharkhand) and Madhya Pradesh are directly related to heat source from these two major volcanic events,” he said.