Every year when the Union Budget is announced I skulk into my cave and lie low….writes Bikram Vohra 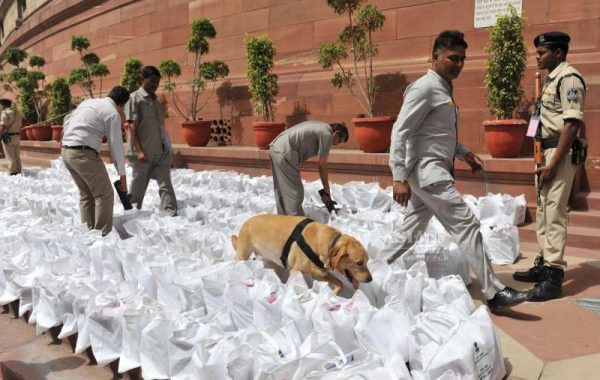 I have nothing to contribute and am so intimidated by the flood of economic wisdom and all those experts running the salient features through the prism of their genius that even trying to get a toehold on exactly what magic has occurred is difficult for the likes of me.

I am pretty confident there are thousands of other people out there who are equally groping in the dark about the impact of the Budget but they will not say it.

Displaying ignorance of the ramifications of the budget is not done and is so self-indicting that you might as well fling yourself under a bus. Living dangerously I go out for dinner having reconfirmed from Google what is bearish and what is bullish, how 2016 is improving dispute resolution mechanism for tax matters, and what a fiscal deficit means in the national sense rather than in the perennial situation at Chez Vohra. Naturally everyone at this get together is either a banker or a Chartered Accountant and I find myself cornered by two Financial Consultants and a lady from the Foreign Exchange department of a big bank.

So, she says, rolling the verbal dice, what do you Press types think of the budget?

It’s pro poor and very supportive of the rural farming bloc, I say, and wait for applause.

She curls her lip and says, yes but there is no relief for the urban enclaves.

That’s terrible, I say, we must never forget our urban enclaves, they are our pillars.

Not really, she throws the ball back, the incentives to the farm lobby will staunch the flow of people to the cities.

Yes, says the Financial Consultant, that’s all very fine, but there is no vigorous scheme to promote rural employment, just allocation of funds.

I wish someone would allocate some funds for me, I say, thinking it’s time to get a little jovial.

After a second bout of lip curling contempt FC2 says, well at least they to set up panel to review fiscal responsibility management act, I have been saying that for years.

I soak him with fluid admiration. I mean how many people have you met who can say something like that with authority. When was the last time you discussed fiscal responsibility meaningfully. I am more in the ‘let’s try the new pizza place’ category.

Not to forget that the RBI act is being amended for implementing monetary policy framework, he says.

I plaster a look of intense profundity on my face like mpf’s are my favourite thing.

Banker lady says, all that is fine but what about the mishandling of bank recapitalization, huh?

I say, terrible, how can they live with it, I mean, mishandling bee re cee.

FC1 looks at me and says, there is no such thing as bee re cee, nothing personal but its people like you media guys who are so negative, at least Jaitley is trying to set the house in order, look at your attitude, you take one item and run with it.

True, says FC2, the media just slams everything for eyeballs.

Banker lady pulls out a pack of cigarettes and lights up, says media vultures to no one in particular.

And I say, don’t want to go into the intricacies of speculative hoarding but you better have bought a few cartons cos its going to cost you more to go up in smoke, haha.
No one else laughs.