Recently , the ICYE (Indian Chamber of Youth Entrepreneurs), an organisation formed by the enterprising youth in UK and India, currently having 350 members, carried out their project on  the Road Safety Awareness day in the city of Bangalore….reports Asian Lite news 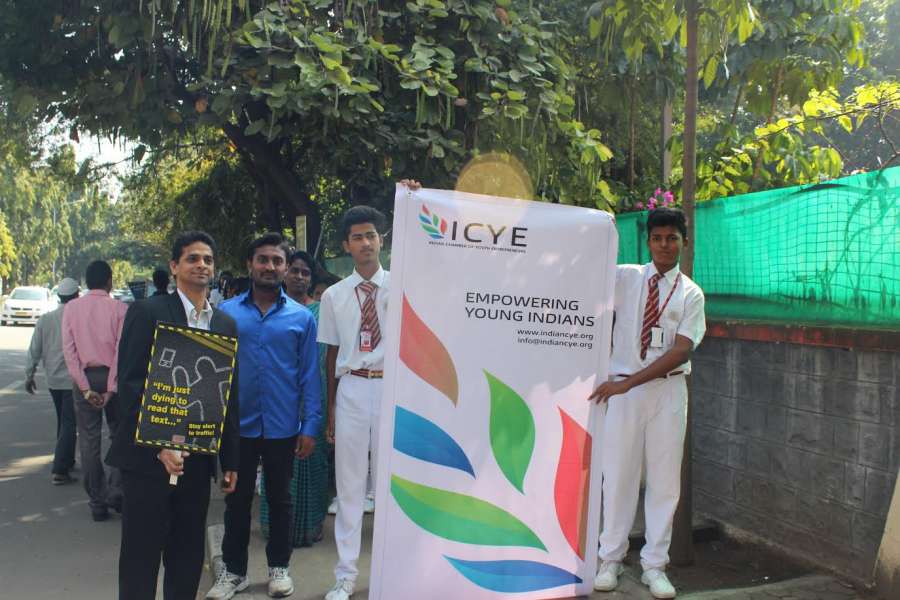 According to Dr. Satheesh Krishnamurthy, Lecturer in Energy, Nanoscale Energy and Surface Engineering , Department of Engineering and Innovation at The Open University in UK and Secretary Indian Chamber of Youth Entrepreneurs, UK , the Indian Chamber of Youth Entrepreneurs Indiancye.org in UK and India, consists of about 350 members,” We wanted to make difference in the society both in India and UK through enterprise and societal impact which is key to our mission. To reduce traffic accidents we perfomed Road Safety awareness in Bengaluru.”

The Bangalore event was kick started with a Road Show by over 240 school students, themed on Traffic Safety Awareness .

The troupe then arrived at the Chinnaswamy stadium Club House for the rest of the proceedings. The ceremony was presided by Shri Abhishek Goyal, IPS,DCP Bangalore East. 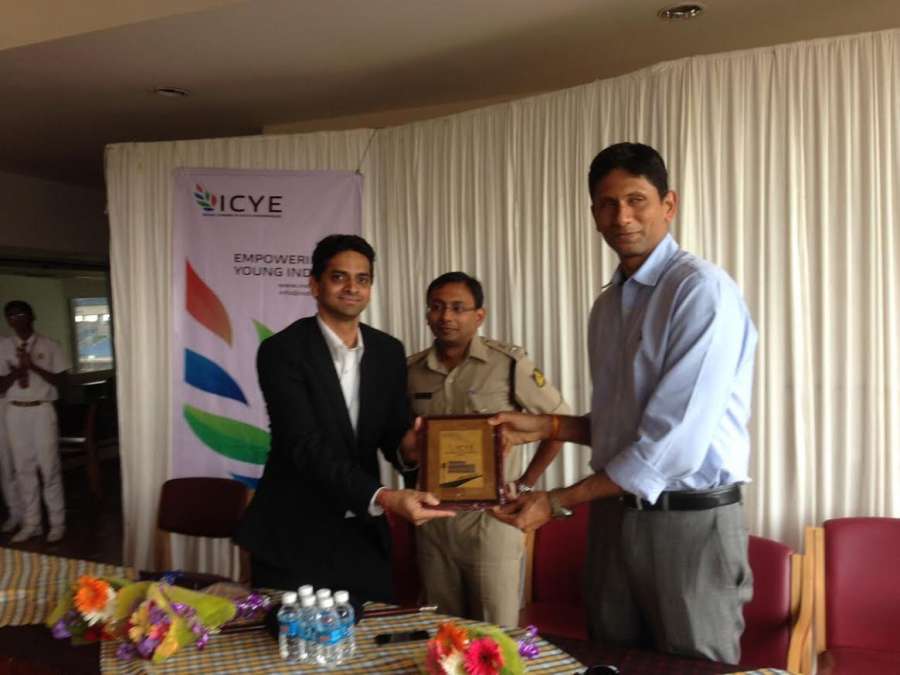 Satheesh present in Bangalore informed , “As part of the event, brainstorming sessions to increase Road Safety were organized. The audience contributed ideas on ways and means to evangelize Road Safety among the citizens. Prevention of Drunken Driving, Distracted Driving(use of mobile phones while driving) and Underage Driving were some of he topics of discussion.

, “The group then pondered on making Traffic rules as part of school curriculum to ingrain the Road Safety rules among people right from their childhood.” he added

Sri Abhishek Goyalji DCP East addressed the students and audience on the importance of Road Safety and Traffic rules. He emphasized on the responsibility of the the citizens to respect and adhere to Traffic Rules and how it is imperative to follow them. He then invited the students to come up with refreshing ideas and innovative apps to help combat the traffic issues. 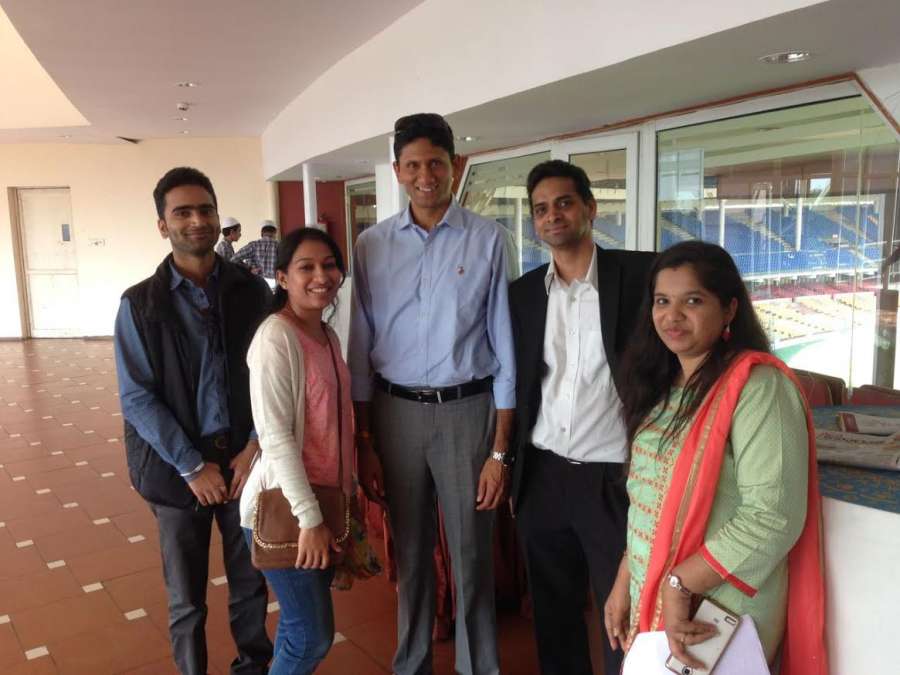 He lauded the participating students and the members of ICYE, for contributing to creating Traffic awareness among the masses. Shri Venkatesh Prasad interacted with the audience and peppered his talk with quirky witty statements which kept the humor quotient alive among the audience. He urged the students to spread the message on road safety rules among their family and friends.

One of the major highlights of the event was to honour the good samaritans who, with their presence of mind had saved lives on roads when road accidents occurred. Those civilians who, as responsible citizens, helped prevent fatalities by timely rescuing the road accident victims were recognized and honored. Muhammad Yameen, Sandhil Kumar and Manjeesh, were felicitated by ICYE. Shri Abhishek Goyal gave away the trophies and certificates to the awardees.

Satheesh talked about the initiatives of ICYE, dwelling right from its inception, to its vision of contributing to bring about a positive impact in the society. 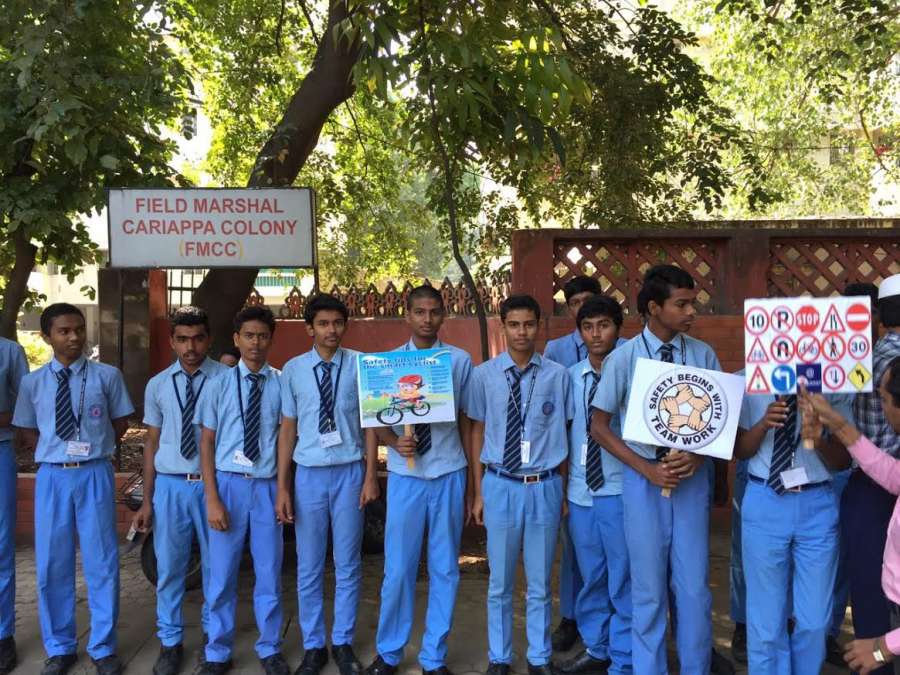 He also thanked Bengaluru Commissioner NS Megarik who has been shown greater interest and his directions for this program, Shri Hitendra Addl CP, Shri Abhishek Goyal DGP East for their support in this event  and Shri Venkatesh Prasad . He also stressed importance of children to be disciplined on traffic rules and urge others to follow and a small step will make a huge difference.