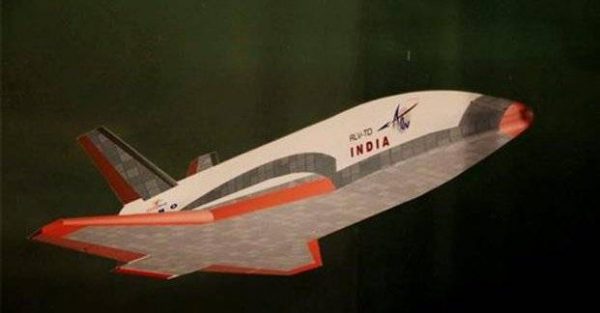 “We have successfully accomplished the RLV mission as a technology demonstrator. The lift-off was at 7.00 a.m. from the first launch pad here,” Indian Space Research Organisation (ISRO) director Devi Prasad Karnik said.

The sleek 1.7-tonne RLV was latched on to a 15-tonne rocket with a booster and launched from the spaceport here in Andhra Pradesh, about 80 km north of Chennai on the east coast.

“We started the countdown for the lift-off at 11.00 p.m. on Sunday night. The wind and weather conditions were good for launching the vehicle,” Vikram Sarabhai Space Centre (VSS) director K. Sivan told IANS later.

The rocket booster released the aircraft-shaped vehicle at an altitude of 65-70 km above the Earth in the sub-orbital space.

Thrusters were used to navigate the vehicle at a high speed and descend after surviving in the lower atmosphere where temperatures are very high.

“After cruising on the intended flight path, the vehicle navigated towards the Earth and landed softly near the designated spot in the Bay of Bengal, about 450 km from Sriharikota on the east coast,” a beaming Sivan said.

An Indian ship is on the way to the spot where it landed and floating in the mid-sea.

“We have located the place where the vehicle is floating. The landing was soft as the vehicle was intact and did not break on impact,” Sivan claimed.

“The mission went off as planned and data from the experiment showed that we have achieved its objectives and demonstrated the RLV technology,” Sivan added.

The maiden mission has qualified India to enter the elite club of space-faring nations like the US (NASA), Russia (Russia), France (European Space Agency) and Japan (Jaxa), which developed and have used RLVs for their space missions over the years.

The seven-metre RLV prototype was used as a flying test bed to evaluate technologies the state-run space agency has developed to reduce the cost of launching satellites into the Earth’s polar and geo-stationary orbits in the next decade.

“The long-term objective of this mission is to reduce the launch cost by 80 percent of the present cost by using a reusable vehicle,” Sivan told IANS ahead of the test.

Rockets and support systems for launching satellites and space exploration missions are made at the space agency’s VSSC at Thiruvananthapuram in southern Kerala.

Space agencies across the world spend on an average $20,000 per kg to build and use medium-to-heavy weight rockets to launch satellites into the Earth’s polar and geo-stationary orbits, about 36,000 km above the planet.

“In subsequent test flights, we will attempt to land the reusable vehicle at a specific location on land like an aircraft does on a runway so that we can again use it for launching satellites,” Sivan pointed out.

The space agency is developing the RLV and its support systems from the budget earmarked annually for technology development and research and development activities.

The cost of developing the RLV technology is estimated to be about Rs.100 crore ($14 million).

“Developing the complex technology and using a reusable vehicle will take over a decade as we have to build them with our own resources,” Sivan added.

The space agency will make two more RLV prototypes with additional features for other tests before the final version, which will be six times bigger than its demonstrators.

NASA, however, grounded its space shuttle programme in 2011 after using its reusable vehicles like Discovery, Endeavour, Columbia and Challenger as a space transportation system for over three decades since 1981 to launch various missions, including International Space Station (ISS) and Hubble telescope.