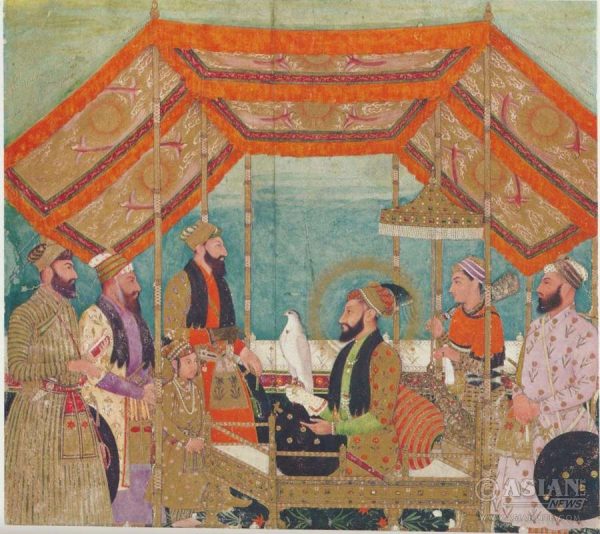 The upcoming sale of Bonham’s Islamic and Indian Art will offer Indian miniatures this time. The auction, to be held on April 19 will display 315 items in several categories including glassware and ceramics, calligraphy and illustration, carving, bronze, carpets, miniatures and textiles.

Key highlights of the sale include 50 miniatures encapsulating a broad range of Indian painting from the 17th to the 19th century. The miniatures are part of the celebrated collection of Indian art belonging to New Yorkers Evelyn and Peter Kraus.

The miniatures depict traditional scenes painted in vibrant gouache and lavishly accented with gold leaf. One of the highlights of the collection is Maharaja Man Singh celebrating the festival of Holi, estimated at 20,000­ to 30,000 pounds.

The painting, from the Jodhpur school, is characterised by the use of bright, glowing pigments, and it also employs a dynamic composition to represent the joyous carnival in celebration of the arrival of spring. Another notable work is of a Sikh ruler and several noblemen being entertained by musicians and dancers on a palace terrace, estimated at 10,000-­15,000 pounds.

The works, from the tradition of Kangra painting, illustrate a precise yet lyrical narrative of 19 th century India in lustrous colours.

Agra Fort from the East, attributed to Sita Ram and painted circa 1815, estimated at 15,000-­20,000 pounds, has a more muted colour scheme and shows a view of the red sandstone walls of the eastern gate of the Fort, with people and camels milling around in the foreground.

The collection also includes a group of 15 Company School studies of animals and plants, mostly painted in Calcutta (now Kolkata) in the early 19th century. Company painting developed as a result of Indian artists working in the manner of British artists for European and Indian patrons in the 18th century. Their eye for striking detail rendered in water colours make the works charming additions to the collection. The studies will be individually sold, with the estimated total value at 34,000-­48,000 pounds.

“These paintings show the incredible range of Indian painting across the centuries, from Mughal works and South Indian depictions of acrobats to scenes from the vibrant world of Hindu mythology,” said Rukmani Kumari Rathore, a specialist in Indian and Islamic Art at Bonhams,

“They also represent a spectacular age in the tradition of miniature painting. Their diversity in style and aesthetic shows how Indian artists were developing their technique over the centuries,” she added.