A two-year Intelligence Bureau trail helped the NIA to bust Daesh sympathizers planning to carry out terror attacks in in the Indian city of Hyderabad.  The Intelligence Bureau (IB) had been tracking the group since 2014 after getting information about the links of its members with their contacts in Syria. The Daesh had just become active.

“For the last five or six months, the IB was trailing them from very close range,” an official is reported to have said.”The residences, schools and colleges as well as work places of the suspects were under strict watch. Their mobile numbers, Facebook accounts and other activities were monitored,” the official said.

When the suspects bought large quantities of chemicals suspected to be urea or ammonium nitrate powder as well as acid, acetone, hydrogen peroxide – which are precursor substances for making deadly explosives – around two weeks ago, it led to serious concerns. Some officials felt that attacks may be imminent and decided to act. 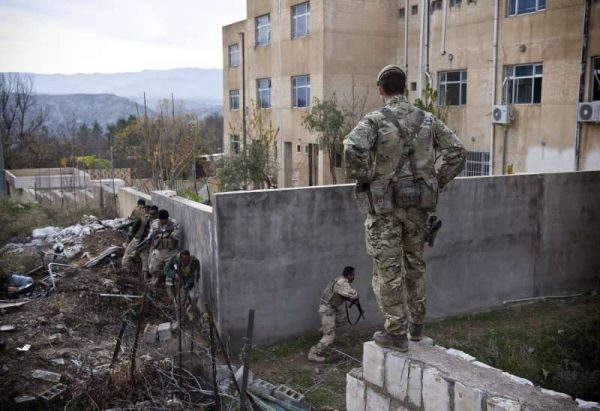 The NIA then sought permission from a Hyderabad court to conduct multiple raids to bust the group. This happened on June 28. The raids happened the next day. At that time, the intelligence agencies were not sure if the group was linked to the Daesh or some group in Pakistan. The official said that hours after a secret briefing to the raiding team, which included select police officers, the NIA carried out searches at 10 places in Hyderabad on Wednesday morning.

“The operation was successful. We nabbed 11 suspects including the five named in the FIR,” the official said. “Huge arms and explosives along with IED manufacturing materials were also seized.” Five of 11 suspects were formally arrested after 12 hours of questioning. The other six were let off on Wednesday night but again questioned at a secret location in Hyderabad on Thursday.

“During their questioning, we learnt that the group was being directed by a common handler of the Daesh based in Syria,” the official said.

Computer science graduate Habib and commerce student Mohammed Iliyas, who dropped out after his first year at a Hyderabad college, were said to be the key suspects. Iliyas had an agency that provided services to procure PAN cards and birth certificates. The official said Iliyas and Habib once had online contact with Karnataka’s Muhammad Shafi Armar, a fugitive Indian Mujahideen operative now leading a group of Indians fighting with the Islamic State.