As the elections in Kerala and West Bengal approaching, the Indian Left is in an identity crisis….writes Amitava Mukherjee 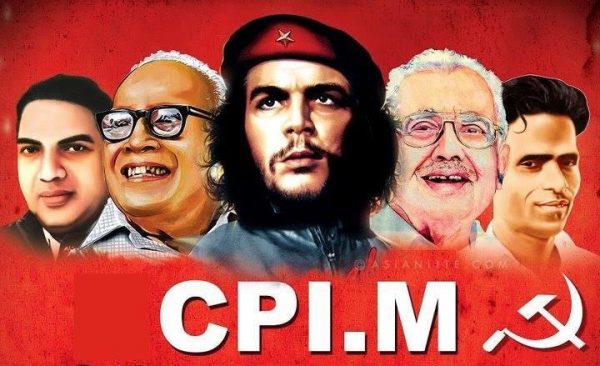 On the eve of elections to five state assemblies including Kerala and West Bengal, the Left is now in an identity crisis and has subjected itself to two opposing pulls from within on the question of an alliance with the Congress.

In a recent article published in a mass-circulation daily, Prakash Karat, the former CPI-M general secretary, has honestly pointed out the self-contradictions that have hamstrung the communist movement of India from its inception. That the Left has now been clamouring for an alliance with the Congress is an outcome of such in-built deficiencies.

At this point, recourse to classical theories will serve the Left no purpose. Theoretically, communist parties are meant for factory workers but very few leading lights of the Indian communist movement can fit in this category. It is interesting to guess why Prakash Karat chose to do such a scathing introspection at this moment. Is it an attempt on his part to keep himself away from the hullabaloo and the shrill cries for an alliance with the Congress that some leaders of his party are raising?

In the annals of communist literature, this Karat article is exceptional. He has listed metamorphosis of the middle class leading to its inability to relate to Left ideology any more and absence of workers, poor peasants and agricultural labourers in decision making positions as the main detriments in front of his party’s expansion and wide acceptance among the masses.

This deficiency is true not just about the CPI-M. All shades of Indian communist parties are affected by it. However, Karat’s argument has also exposed his limitations. He still has great faith in the middle class. If this faith continues, the future of his party is bleak.

But Karat himself and almost the entire front-ranking leadership of his party are results of this system and it’s unfortunate that the realization about the position of the lower strata of society dawned on him after so many years – most of all after the serious drubbing that his party received from the people of West Bengal in the last assembly elections.

Instead of writing articles in newspapers, if he looks at the composition of his own party’s politburo he will realize that the job of cleansing the Augean Stables must start from the highest policy-making body of his own party.

This incomplete identification with the country’s toiling masses is now finding its manifestation among certain sections of the Left in a mad rush for an electoral alliance with the Congress which had, in fact, ushered in neo-liberal economic policies, a school of thought and practice the Left regards as an anathema.

Although some sections of the media are trying to drum up support for such an alliance, yet the CPI-M stands vertically divided over the issue with the Kerala unit being totally opposed to such an eventuality. Some constituents of the Left Front in West Bengal – like the CPI and the Forward Bloc – have also expressed their reservations as they identify the Congress with a neo-liberal economy.

It is really open to question whether a Left Front-Congress alliance in West Bengal will be able to deliver the desired result. In the 2014 Lok Sabha election, the Trinamul Congress had got 39.3 percent of the votes, the Left Front 29.6 percent, the Congress 9.6 percent and the BJP 16.8 percent. The CPI-M’s calculation is that by dint of an alliance with the Congress, it will be able to match the voting percentage of the TMC and thus outsmart Chief Minister Mamata Banerjee. But there is a serious flaw in this calculation.

Unfortunately for the Congress, the party has very little presence in today’s West Bengal, except in Murshidabad, Malda and South Dinajpur districts, where the party commands more than 30 percent of the votes. But in the remaining 17 districts, the Congress only enjoys around five percent of the votes per district. Will this be of any help to the Left Front in defeating the TMC? The big question remains here.

But an alliance with the Congress in West Bengal is sure to put the CPI-M-led Left Democratic Front (LDF) in Kerala in an embarrassing situation. The LDF is now comfortably placed against the Congress-led United Democratic Front(UDF) so far as the coming election is concerned. That is the reason why not only Karat but the entire Kerala lobby of the CPI-M is uncomfortable about any alliance with the Congress as this will rob the Left of the much needed sharp edge in its campaign against the UDF.

By an alliance with the Congress, Left is certain to lose credibility. In his article, Karat castigated neo-liberal economic policies and “family enterprise” like political parties. Congress leaders may vehemently deny the charges, but both the indicators can point towards that party. It will be interesting to watch what answer the CPI-M proffers in the event of an alliance with the Congress.

In its nearly five-year rule in West Bengal, the TMC has not been able to give much good account of itself. If the Kerala model of removal of each ruling combination every five years has any justification, then replacement of the TMC-led dispensation in the next West Bengal assembly election is not undesirable. But any Left Front-Congress combination will be too opportunist in character to achieve anything good.