The police said that an Indian,Mohammed Ali, 52, from Kerala was found murdered outside his shop in Sharjah….reports Asian Lite News 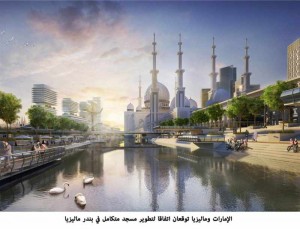 Mohammed Ali was found in a pool of blood with multiple wounds in Majestic Supermarket of Maysaloon area, the Khaleej Times quoted police officers as saying.

The police was informed about the body by a butcher working at a neighbouring shop.

Another shopkeeper told the police that his colleague — the person who first witnessed the crime scene — arrived at the shop and after some time heard the Indian man’s screams. He rushed out and saw Ali covered in blood outside his shop. He died on the spot.

The police collected forensic evidence and retrieved footages from CCTV cameras in the area. The witness could not see the suspect, who fled the spot after stabbing Ali.

Abdul-Aziz Ali, victim’s brother, said that they had been living in the United Arab Emirates for 30 years.

He said his slain brother “had no enemies but he believes that motive behind the murder is theft”.

Abdul-Aziz said that his brother’s shop had no cameras, but the police managed to review the camera installed in a book shop. The footage shows an Asian man entering the shop and running out of it. The police has now launched a manhunt for the murderer.

The victim’s brother was yet to inform the victim’s family, comprising two daughters and a son, in Kerala.