A low defence budget may have adverse implications on the country’s security, a parliamentary panel has warned the government ahead of the budget for fiscal 2016-17 set to be presented in Lok Sabha on Monday.

The parliamentary standing committee on defence, headed by Major General B.C. Khanduri (retired), a former minister, has also questioned the finance ministry for delaying its response to a defence ministry letter suggesting a minimum percentage be fixed for defence expenditure compared to the total government expenditure.

“…it can be averred that the budget cuts leave the possibility of having adverse implications on the country’s security. The committee, therefore, reiterate their earlier recommendation and desire that the ministry of defence take up the issue of providing adequate budgetary resources at the highest level, so that the modernization programme as well as other priorities are not hampered,” said the panel’s report, tabled in parliament on Friday.

The committee asked the defence ministry to provide the details of the communication with the finance ministry.

The committee had, in its recommendations, pointed out that although defence expenditure has been increasing over the years, the percentage increase since 2000-01 has not been consistent. 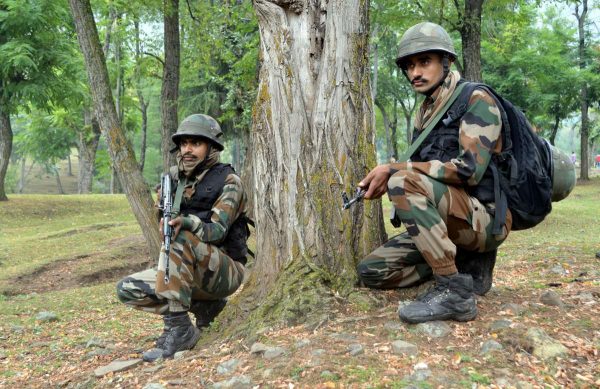 According to the report, the defence ministry told the committee that this growth was not sufficient for the projects and modernization of the three services.

The ministry’s response to the committee however reveals that higher rate of growth during 2008-09 and 2009-10 was mainly due to the payment of arrears after implementing the recommendations of the Sixth Pay Commission.

The lower growth of later years, the ministry said, was because no arrears had to be paid.

“The years of high growth cited are unusual years and cannot form a basis for generalisation. Growth rates since 2011 have been generally healthier than in the pre-2007 period and every effort is made to ensure that sufficient funds are available to meet the most critical requirements of the services,” the defence ministry said in a response to the committee.

The committee also pointed out that the although the defence budget is increasing every year in numerical terms but in comparison to overall budget, it has consistently been declining.

The defence ministry, however, said that it had informed the finance ministry on January 14, 2015, of the committee’s emphasis on the need for increasing the defence expenditure in proportion to total central government spending and fixing a minimum benchmark percentage for this.

The defence ministry said the finance ministry’s response is awaited.

The defence ministry also said that a recommendation by the parliamentary panel earlier of fixing the defence budget at least at three percent of the GDP is also pending with the finance ministry.

The defence ministry has, however, assured the panel that budgetary constraints will not lead to shelving of any operational requirements.

“There is continuous monitoring of the progress of acquisition of projects and prioritization of the most urgent requirements. This is for helping in ensuring that the resources, which are limited, are devoted to the most critical projects. The ministry has also assured the committee that no operational requirement will be shelved for want of funds,” the ministry said.