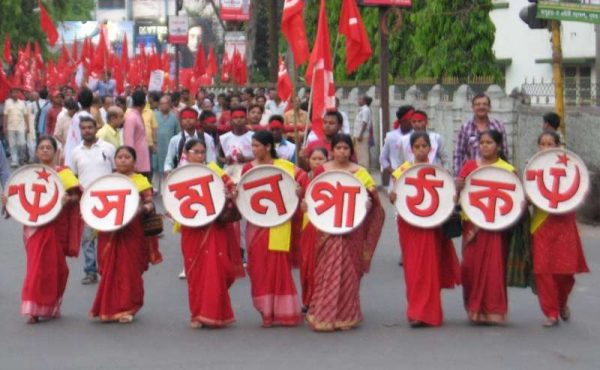 No other ideology has been so villified or pursued so assiduously, viewed with so much promise when implemented or junked most readily and enthusiastically when it ran into trouble, and above all, so misunderstood or misused as the one propounded by this 19th century German thinker. But what did Karl Marx actually propose, did it have any worth and more importantly, does it it still relevant in our times?

Many summarily write off Marx and Communism, citing the failure of the Soviet Union, the radical economic shift in China, and the fervent readiness in many other countries to relinquish this ideological legacy for capitalism and free markets. But the best depiction of this last trend is vividly brought out in TV satire “The Gravy Train Goes East” (1991), written by British author Malcolm Bradbury.

Galina, from the fictional Balkan country of Slaka, asks a visiting European Commission official if he has heard of “The Turn”, clarifying it isn’t another name for her country’s anti-communist revolution but what came after it. “The Turn is when everyone turned. Before all were Marxists, even if they were not. After, no one is a Marxist even when they are. On Friday, they were ex-Marxists, on Saturday, Social Democrats and on Sunday, Christian Conservatives…” Those elsewhere can find suitable local alternatives.

But even as a few years of growth and prosperity seem to prove that capitalism was the only viable policy, a string of economic crises belied this comfortable assertion, particularly the 2008 shock and the consequent recession whose shadow still lingers.

Meanwhile, there seems to be no reduction in economic inequality and as the Panama Papers prove, the elites have their own futures comfortably provided for.

Is it time for a fresh look at Marx, and his teachings – as some urge us?

But first we need to understand what Marx proposed, since the basic problem stems from his identification with his work’s initial but most long-lasting practical manifestation – the Soviet Union. What is not appreciated that it came through a major modification of his theory by a great political genius – Vladimir Ilyich Ulyanov ‘Lenin’, whose name is appended to it to make it Marxism-Leninism.

Perhaps we can understand Marx better by first listing a few things we owe to him, even though indirectly – minimum wages, worker protection, welfare systems and social security, unions, paid holidays, scholarship and a progressive income tax, among others. Then he is considered to be one of the founders of modern social sciences, and as a talented economist, helped the world understand capitalism – conceded by no less than business magnate George Soros.

Marx left a voluminous corpus of work but going through it is daunting for beginners. As one author seeking to present his thought in a simple manner admits to “the difficulty of putting into everyday language the philosophic and economic terms he uses. Because there aren’t only 20 to 30, but 200 or 300!” Though this happens with most German thinkers, Marx is the most glaring example. But this author, Mexican journalist and cartoonist Eduardo Del Rio ‘Rius’ perseveres and in “Introducing Marx: A Graphic Guide” (latest edition 2012) not only provides a lucid look to his theories but also places him in the broader philosophical tradition.

“Introducing Marxism: A Graphic Guide” (2009) by Rupert Woodfin and Oscar Zarate (illustrator), in the same series, provides a wider look at the ideology, especially the later contributions of jailed Italian communist Antonio Gramsci and the Frankfurt School in furthering it from Marx’s solely economic perspective to examining the role of culture and mass media – which will prove revealing for many.

For those interested in going deeper, acclaimed Marxist scholar and historian Eric Hobsbawm’s “How to Change the World: Tales of Marx and Marxism” (2011), is “a study of the development and posthumous impact of the thought of Karl Marx (and the inseparable Fredrich Engels)”. The author argues that as the 2008 crisis broke, “there could no longer be any doubt that he was back on the public scene” and “while global capitalism is undergoing its greatest disruption and crisis since the early 1930s, he is unlikely to make his exit from it” but the 21st century Marx is different.

In his combative and witty “Why Marx was Right” (2011), British academician Terry Eagleton takes ten of the most common objections to Marxism and quite convincingly, disproves them.

There are other works too, but if you are one of the increasing tribe who thinks that markets are not always the solution, then give Marx a try. Thinkers of the World, you have nothing to lose but your misconceptions.