Quota system existing in India is out of sync in an open economy and a growing global power…. writes Amulya Ganguli 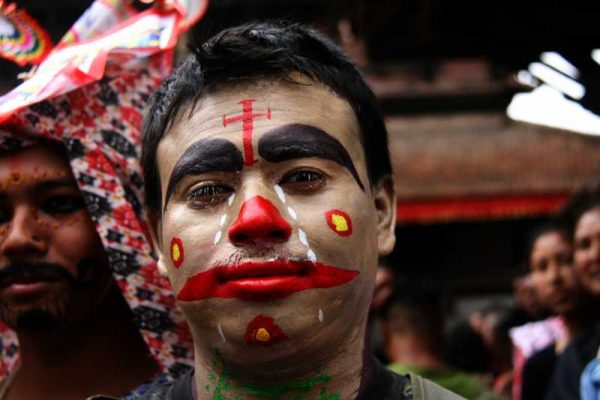 Just as Prime Minister Narendra Modi described MNREGA (Mahatma Gandhi National Rural Employment Guarantee Act) as a living monument to the Congress’s decades-old neglect of rural distress, the quota system is the fallout of, first, a similar prolonged failure in the fields of employment and education and, secondly, of political chicanery.

Haryana is bearing the brunt of these failures because of the violent agitation by the Jat community for reservations.

Originally envisaged as a gesture for a limited period to the Dalits and Adivasis who suffered social and economic deprivation for many centuries, reservations are now regarded as a pathway to easy official jobs and out-of-turn admissions to government schools and colleges by the backward castes.

In view of these advantages, which over-ride merit, the quota system has become a tool in the hands of vote-hungry politicians for buttressing their support bases.

The prime villain in this respect was prime minister V.P. Singh, who included the backward castes in the quota system in 1990 as a safeguard against being undercut by his rival, Devi Lal.

The Pandora’s box was thus opened with more and more communities seeking the benefits of secure jobs in government offices and seats for their children in public educational institutions.

However, it is the stagnant economy and a moribund educational sector which fuelled the demand for preferential treatment. Had the economy prospered and a greater number of jobs been available, there wouldn’t have been such a rush for reservations.

A buoyant economy would have created an atmosphere of wellness, encouraging greater public and private investment in the educational sector.

But the 2/3 percent Hindu rate of growth under the Congress’s “socialist” regimes till 1991 ensured that the economy limped along, aggravating the unemployment problem and starving the academic sphere of funds.

The post-1991 era of liberalization did not bring about a dramatic improvement in the situation despite the much higher growth rate because the world had entered a period of automated technology where machines did the work of men. Hence the term ‘jobless growth’.

Although more jobs were available than before in the services, real estate and infrastructure sectors, they were not enough to satisfy the growing demand, which was caused not only by a rising population but also the limited availability of agricultural land as the farming families grew in numbers.

Needless to say, it is not only the failures on the economic front which added to the appeal of reservations but also an official inability to enforce the population control programme.

The distortion which V.P. Singh introduced in the quota system was to include the relatively well-off, though socially backward, communities like the Yadavs of the Hindi heartland who had considerable clout in the countryside.

Now, the Jats who, like the Yadavs, are an influential group in the countryside are also clamouring for quotas in their favour. Not surprisingly, the Supreme Court described them as a “self-proclaimed socially backward class of citizens” while turning down the Congress-led central government’s decision to confer the backward caste status on them before the last general election.

This warping of the system has recently been accentuated by the demand of the Patidars or the Patels of Gujarat for reservations despite being well-placed, both socially and economically.

But the worst example of the skewed nature of reservations was the demand by the Gujjars of north India for relegation from their present backward caste status to that of scheduled tribes or Adivasis.

The reason for this desire to retreat into the company of the Vanvasis or forest-dwellers, as the Adivasis are sometimes called, is the fear of the Gujjars that the entry of Jats into the backward caste category, which has been pending since 1999, will reduce their share of reserved jobs and educational opportunities.

As the judge of a commission which considered their demand said, “earlier the craze was to move forward. Now it is the opposite”.

With even the “forward” groups like the Patels demanding affirmative action in their favour, it has been suggested that the quota system should be opened up to include not only the backward castes but also the economically weaker sections of the “forwards” as well.

However, perhaps the best course may be to abolish the reservations altogether, as Hardik Patel, the leader of the Patel agitators said, and let the various communities compete on the basis of merit and not the accident of birth.

Such a step will mean reviving the original goal of reservations which envisaged doing away with them a decade after their introduction in 1950.

The idea of scrapping the quota system has been floated by both proponents of a market economy, who favour a meritocracy, and social conservatives like Rashtriya Swayamsevak Sangh (RSS) chief Mohan Bhagwat, who wants a review of the system.

Irrespective of whether Bhagwat’s views reflect the longstanding resentment of the upper castes over the bounties offered to the lower castes by reservations, there is little doubt that the quota system is out of place in an open economy with its emphasis on individual enterprise and not family background.