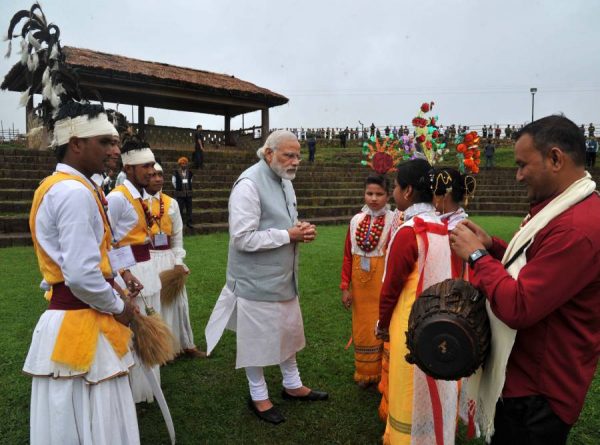 Prime Minister Narendra Modi will embark on a four-nation tour of Africa from July 7, it was announced on Friday. Modi will be visiting Mozambique, South Africa, Tanzania and Kenya from July 7 to 11, External Affairs Ministry Spokesperson Vikas Swarup said in his weekly media briefing here.

The Prime Minister will first visit Mozambique on July 7, where he will hold bilateral discussions with President Filipe Nyusi to strengthen bilateral ties and enhance development cooperation.

Modi will be in South Africa on July 8 and 9 where he will have meetings with President Jacob Zuma and other senior leaders to further enhance India’s historical relations with that country, according to Swarup.

Modi will be Tanzania on July 10 and will have meetings with President John Pombe Joseph Magufuli “to further enhance mutual cooperation and understanding on major issues of common interest”.

On July 11, Prime Minister Modi will be in Kenya and have bilateral discussions with President Uhuru Kenyatta. He will also address students in the University of Nairobi during the visit.

“The visit of the Prime Minister to the African mainland reflects India’s desire to further strengthen and reinvigorate bilateral ties with our African partners which were renewed at the successful IAFS-III (India Africa Forum Summit-III) in October last year,” Swarup said.

All 54 African nations attended the summit held in New Delhi.

“The visit will provide opportunities to build on close contacts at the highest political level and enhance mutual cooperation and understanding on major issues of common interests,” the Spokesperson added.