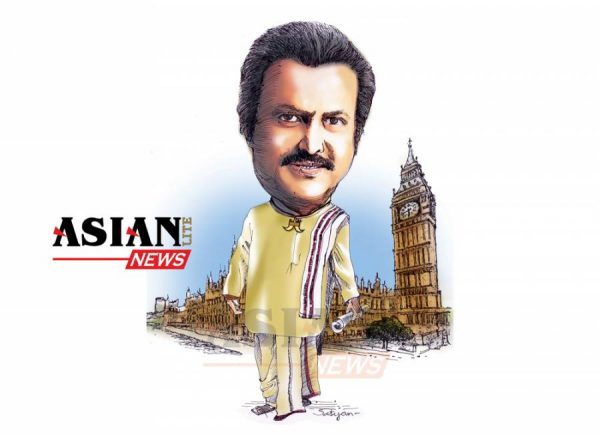 Padma Shri Dr Mohan Babu is one of the most prominent star of South India, especially in Andhra Pradesh and Telangana. He is an award-winning actor, director, and producer, known for his works predominantly in Telugu Cinema and few Tamil films. He has acted in more than five hundred feature films in lead, supporting and cameo roles. A former Physical Education Instructor, Mohan Babu is a noted educationalist, and operates Sri Vidya Niketan Educational Institutions, and is the founder of Sree Vidyanikethan Educational Trust.

In the year 2007, he received Padma Shri, the fourth largest Civilain Honour in India, for his contribution to the field of Arts and education. He is a former Member of Parliament – Rajya Sabha from Andhra Pradesh after being elected in the year 1995. He is referred to in the media as Dialogue King, Collection King, Nataprapoorna, and Natavachaspathi.

Mohan Babu has attended the Madras Film Institute. He was was awarded an honorary doctorate from University of California, Berkely for his contribution to the field of cinema and education.

Mohan Babu was born to Narayanaswamy Naidu and Lakshmamma in the Modhugulapalem village near the banks of the river Swarnamukhi. He grew up with his three younger brothers, Ranganath Chowdary, Ramachandra Chowdary, Krishna and his sister Vijaya. After finishing primary schooling from Yerpedu village, he attended the S.P.J.N.M High School in Tirupati. As a child, Mohan Babu developed an interest with the stage and actively appeared in school plays from the age of 14. His father, a headmaster, was keen on his son pursuing an academic career. It was during this time that Mohan Babu moved to Chennai and acquired a degree in Physical education from the YMCA College of Physical Education.

Mohan Babu began his career as a Physical education instructor at the YAMCA college of physical education for many years. Drawn to arts as a child and convinced that the film industry was the place meant for him, Mohan Babu started traveling to many studios based in Chennai in search of opportunities. Finally, in the year 1969, he received an opportunity to work with director Lakshmi Deepak as an apprentice marking his entry into the film industry. He spent many years behind the camera until his thirst for acting and expression brought him on the screen with 1974 films Kannavari Kalalu and Alluri Seetha Rama Raju as an actor.

During this time, Mohan Babu was introduced to Dasari Narayana Rao who was then a script writer in Tollywood. This would pan out to become the most significant event of his career. Mohan Babu’s first major breakthrough as an actor came with the 1975 film Swargam Narakam directed by Dasari Narayana Rao. Dasari cast him as a villain in the movie and went on to achieve great success. It was after this movie that his birth name Bakthavatsalam Naidu changed to Mohan Babu. After appearing in many films as a comedy-villain, he proceeded to star as the leading actor in Khadi Kalidasu, Ketugadu, Gruhapravesham, Assembly Rowdy, Allari mogudu and many more. After receiving success in Telugu Cinema, Mohan Babu as a lover of arts was also drawn to the happenings of Tamil Cinema. After being initiated into the Tamil Film Industry by Sivaji Ganesan, he went on to appear in over 20 Tamil films with a multitude of roles to his credit.

Asian Lite is one of the leading newspapers for the British-Asian communities.  It celebrated 10th anniversary at Bhavan last month in the presence of Parliament Speaker John Bercow. Asian Lite is the No 1 newspaper for British Asians and the most popular website (on Amazon Alexa Ranking).

Asian Lite wants to highlight the POSITIVE IMAGE of the British-Asian community – one of the most diverse and enterprising section in the British society. The newspaper under the leadership of Azeez Anasudhin , a great fan of former Guardian editor CP Scott and Mahatma Gandhi, is working against social evils including terrorism, forced marriages, sex chat lines and superstition. The newspaper is aiming to to bring back the MISSIONARY VALUES of Journalism.