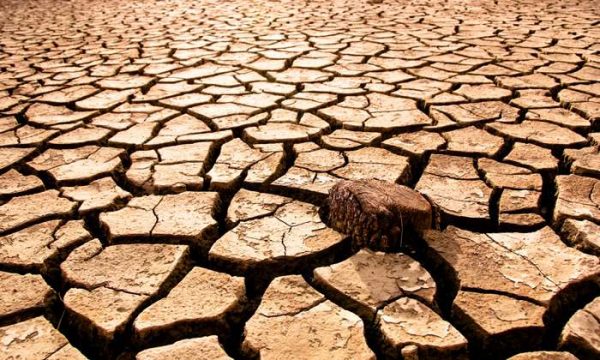 India is going through severe water shortage in several states. The scarcity is mainly due to the dry season, but it has been exacerbated by our inability to manage water resources, and ignorance. Of course, added to that is our lack of understanding, or respect, for our environment.

The water shortage is being perceived as drought. Dry condition is a natural phenomenon, which is bound to happen three to four times out of ten seasons. Drought is a man-made condition. Despite these being two distinct concepts, it is often wrongly used synonymously.

The present water scarcity is due to less than average rains for two consecutive years. However, the adversity has increased several folds due to human factors like water mismanagement, policy failures, improper water distribution and inadequate management of public water sources.

To make the situation more complex, the water scarcity is now being presented as a natural disaster.

According to official statistics of the Central Government, about 330 million people have been affected by drought in 10 states in India.

The central government has come up with several “solutions” including the Pradhan Mantri Fasal Bima Yojna (PMFBY) which is a crop damage insurance scheme where farmers pay a premium of 1.5 percent of the value of a crop.

A relief package of Rs.3,049 crore has been sanctioned by the Central Government to Maharashtra for drought relief aid, while the Maharashtra government has itself granted about 10,000 crore to farmers.

Water trains to Latur have been pressed into action.

The main drawback of the solutions is that they are dole-oriented. Instead of getting to the root of the problem or foreseeing the causes and working on them, a symptom-based remedy is being offered to the people.

These kind of solutions only provide temporary relief and take us a step backwards economically. There has also been lack of political will on this issue. For instance, the India Meteorological Department’s prediction of a second consecutive drought was ignored for a private company’s prediction of a normal monsoon. It has also been alleged that the lack of national attention is because it is not affecting urban consumers.

In India’s 6,000-year-long rich history, we have not only learnt to adjust to diverse environmental conditions but have also developed traditional knowledge. The management of our water resources through water harvesting and the use of local wisdom can any day beat concepts like National Water Grid, whose by-products happens to be a string of environmental problems, the most notable of them being a drop in water table, fragmentation of habitats and biodiversity loss.

The problem arising out of water resource mismanagement can be tackled through efficient utilisation of water through new, advanced and efficient methods, including sprinkler and drip irrigation.

Additionally, cropping patterns should be changed. For instance, in major parts of Punjab and Haryana, crops like paddy, wheat and sugarcane are dominant and use more water compared to other competitive crops like maize, rapeseed-mustard seed and vegetables.

But it is extremely difficult to bring change because farmers get better returns from high water-intensive crops than low intensive ones. It has been suggested that Punjab’s groundwater depletion problem could be easily resolved, if its export of virtual ground water in the form of rice could be reduced or stopped through the policy tool of making energy prices market-determined. This is likely to work in areas largely dependent on groundwater for irrigation purpose.

Further, rain-water harvesting and groundwater recharging is necessary. In many areas, the groundwater table is falling due to over-exploitation. Capturing, collecting and storing available rainwater and/or surface run offs during wet season can prove to be a significant tool to turn around the situation. In traditional practices, collected rainwater was used resourcefully but these were forgotten (or neglected) with the development of modern facilities like canals and groundwater extraction.

Some other traditional methods in India include diversion channels called Kuhls in Himalayan region to make use of hill streams and springs; underground tanks called Kunds in desert areas and tunnels dug through hillocks where there is seepage of water, used in South India.

Water problems are unknown in places where water harvesting has been a part of culture of the people — Ralegaon Siddhi, Sukhomajri and many areas of Rajasthan.

In urban areas, allowing more open areas and protecting the green belt can do what a lot of technology cannot. Also, weather prediction can help farmers know beforehand the situation they have to cope with.

Nature is man’s friend and not his adversary. Application of traditional wisdom and modern technology can aptly address the man-made disaster of droughts.